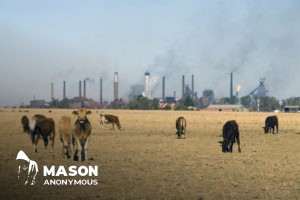 “Climate disruption is happening now, and it is happening to all of us”, he warned. “It is progressing even faster than the world’s top scientists have predicted”.

The UN chief lamented that it is “outpacing our efforts to address it” with each week bringing “new climate-related devastation” from floods, droughts, heatwaves, wildfires and superstorms.

The increasing urgency posed by #ClimateChange is in focus at a ministerial-level meeting in #AbuDhabi today and Monday, chaired by @antonioguterres and intended to galvanize initiatives for September’s #ClimateAction Summit https://t.co/bKTf3KNI5e pic.twitter.com/QjP1gCr73Z

Because of climate change, “all around the world, people are losing their homes and being forced to migrate”, he informed the meeting, adding that the situation “will only get worse unless we act now with ambition and urgency”.

Just last week, reports surfaced that “Himalayan glaciers are melting at double the rate since the turn of this century”, threatening water supplies throughout Central, South and East Asia, according to Mr. Guterres.

Moreover, he pointed out that “Arctic permafrost is melting decades earlier than even worst-case scenarios”, threatening to unlock vast amounts of the powerful greenhouse gas methane.

“It is plain to me that we have no time to lose,” Mr. Guterres said.  “Sadly, it is not yet plain to all the decision makers that run our world.”
Even more worrying, he continued, “is that many countries are not even keeping pace with their promises under the Paris Agreement.”

Keeping global warming to 1.5 degrees at the end of the century will require “rapid and far-reaching transitions” in how we manage land, energy, industry, buildings, transport and cities, he stressed. “That is why I am convening the Climate Action Summit in September.”

The Abu Dhabi meeting, which is in preparation for the September Summit, aims to take stock of progress across all the areas that the Summit is looking to promote, from industrial transition to nature-based solutions to climate finance for both mitigation and adaptation.

“The Climate Action Summit is an opportunity for political, business and civil society leaders to set an example”, flagged the UN chief, “and here in Abu Dhabi, we are pointing the right direction”.

“Our Summit must be open, inclusive and honest, and the work we take forward must be effective, just and fair – for those on the frontlines of the crisis today and especially for the generations to come”, the Secretary-General concluded.

Thani Al Zeyoudi, UAE Minister of Climate Change and Environment said: “We are here today, in a region known for its hydrocarbon economy … and yet, through forward-thinking policies, we have now made solar the cheapest source of power.”