Recognized worldwide as a strong democracy that promotes human rights, sustainable development and environmental protection, Costa Rica abolished its army, and dedicated those resources to public education. The COVID-19 pandemic has posed perhaps the greatest challenge to those historic achievements in the nation’s history, which is why, despite the low numbers and the good news, the authorities are not claiming victory.

Nevertheless, the data and facts are extremely promising: Costa Rica has the lowest COVID-19 case fatality rate in the region, and the country currently has more recovered cases than active cases. There is no registered community transmission, and daily infections have fallen significantly (they have remained below 10 cases in recent weeks). At the beginning of May, there were less than half a dozen infected patients in Intensive Care Units throughout the whole country.

How has Costa Rica achieved these impressive results? Here are five key reasons.

The country has historically had a robust, universal health system, which covers approximately 95% of the population. This has contributed to the life expectancy in the country being one of the highest in the world (79.6 years, as indicated by the World Health Organization).

Costa Rica has nearly 30 hospitals and clinics, and more than a thousand basic comprehensive care teams at the community level. The country also established a specialized center for people with COVID-19 in a matter of a few weeks, with all the equipment and supplies necessary to care for these patients. Patients who have tested positive for COVID-19 are issued an order to isolate in their homes for 14 days, and receive daily telephone follow-up (or face-to-face where necessary) by a medical team.

2. A rapid response, based on facts and scientific evidence

From the beginning of the pandemic, Costa Rica based its decisions and actions on scientific evidence, putting the preservation of life and the protection of health before other issue, including politics, and the President of the Republic, Carlos Alvarado, positioned his Minister of Health, Daniel Salas, an expert in epidemiology, as the leader in the country’s preparation and response to the crisis.

Costa Rica already had care and preparedness plans for possible pandemics, based on previous experiences with avian influenza, AH1N1 influenza, and SARS, in which the minister himself had participated as coordinator and part of the technical teams of the Health Surveillance Directorate of the Ministry.

He, along with the President of the Costa Rican Social Security Fund, Roman Macaya, became benchmarks and authorities for the entire population, on the measures to follow in order to prevent infections and stop the spread.

The country applied staggered measures that included sanitary vehicle restrictions, restrictions on the gauging and operation of commercial premises, closure of educational centers in communities with infections and, at the national level, the closure of borders, beaches, and national parks, among others.

Importantly, the authorities decided to always place the Pan American Health Organization / World Health Organization as a reference and international leader in its response, and to apply their guidelines and recommendations (for the early detection of cases, testing, their isolation, traceability of contacts, as well as providing care and carrying out the necessary public health interventions) in a firm and sustained manner. 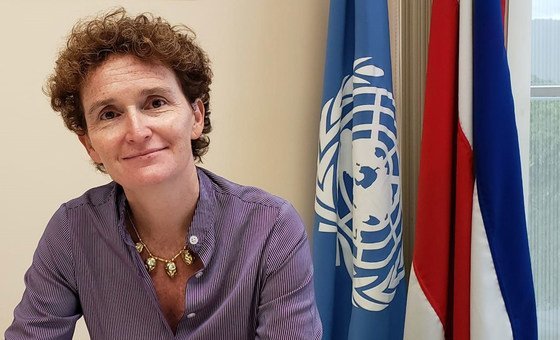 Many of Costa Rica’s institutions were mobilized to respond to the pandemic. Here are some important examples.

Production at the National Liquor Factory was switched to the production of alcohol gel, to meet the growing demand. The Post Office was put in charge of its distribution throughout the country.

Public universities concentrated on developing respirators, to equip and strengthen the intensive care units in the country, and the National Learning Institute produced thousands of items of hospital clothing to deal with the pandemic.

The Ministry of Labor and the Mixed Institute of Social Aid launched an initiative to support people whose jobs have been affected by the crisis, and Congress passed legislation quickly, to allow the application of emergency sanitary measures, the relaxation of labor contracts to avoid layoffs, as well as the relaxation of banking conditions for debtors, and a tax relief plan that establishes a moratorium on the payment of some tariffs.

4. A society that follows official instructions, and acts responsibly

The sum of all the measures described above generated a strong sense of responsibility, and mutual trust between the authorities and the population.

In general terms, people have respected the call to adopt basic hygiene measures (hand washing, sneezing and coughing protocol, not touching your face with dirty hands, not going out if you are sick or having contact with sick people), staying at home , physically distancing, and avoiding public places as much as possible.

Hundreds of companies, foundations, and community organizations are distributing food and aid to those who affected by the economic slowdown, with others collaborating with the authorities in the distribution of medicines. There are also countless examples of support and solidarity from members of the public.

Every day Daniel Salas, Minister of Public Health, delivers the same warning at his evening press conference: “we cannot get too comfortable, we need to be very careful and follow all the health and physical distancing regulations.”

Little by little, and with confidence based on the results achieved so far, the government has made the decision to relax some of its measures: certain shops can open up, with limited capacity, and some individual sports can already be practiced in open areas. It is expected that in the next few days new evidence-based measures will be announced.

Costa Rica has not won the battle yet. It is not claiming victory, and it knows that there are still great challenges ahead.

The authorities acknowledge that some 500,000jobs could be lost due to the pandemic, and the World Bank has said that the economy will suffer a recession in 2020, with GDP contracting by around 3.3 per cent. The fiscal deficit is expected to go up significantly, with sharp increases in unemployment and poverty.

At the United Nations, we are supporting the country in urgently facing key challenges. These include the ongoing need to prioritize health; focus the response based on science and evidence; promote gender equality, and eliminate gender-based violence and discrimination; and start the process of socioeconomic recovery as soon as possible, whilst ensuring that no-one, including the most excluded groups, is left behind.

From donating thousands of screening tests and personal protective equipment, to supporting the creation of diagnostic tests, the United Nations is also fully accompanying Costa Rica in this process.

The battle is far from over, but the results so far show that the example of Costa Rica must be studied, and taken into consideration, as an example of how to face down and tackle this unprecedented global health crisis.

The UN Resident Coordinator, sometimes called the RC, is the highest-ranking representative of the UN development system at the country level.

In this occasional series, UN News is inviting RCs to blog on issues important to the United Nations and the country where they serve.