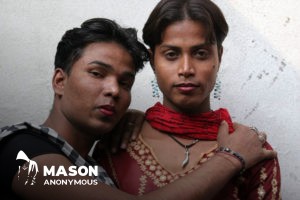 The update to the International Classification of Diseases (ICD-11) has reclassified gender identity disorder, or identifying as transgender, in terms of sexuality, not a “mental disorder”.

Classified now as “gender incongruence”, Lale Say, the Coordinator of WHO’s Department of Reproductive Health and Research, explained that the move came about because the UN health agency now had a “better understanding that it was not actually a mental health condition”.

On 25 May, WHO approved a resolution to remove “gender identity disorder” from ICD-11 and created a new chapter dedicated to sexual health.

The reclassification will “reduce the stigma” while ensuring “access to necessary health interventions”, according to Ms. Say.

Gender incongruence can be described as a feeling of anguish when an individual’s identity conflicts with the sex they were assigned at birth. 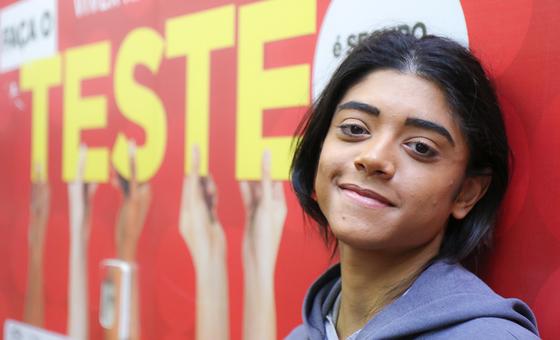 © UNICEF/Danielle Pereira | Moisés Maciel da Silva, 19, from São Paulo, Brazil, found out he was living with HIV when he turned 18 years old.

“We expect that this reclassification will impact very positively the wrong perception that some forms of gender diversity are pathologies, or sickness, and that it will facilitate access to better health care,” said Victor Madrigal-Borloz, Independent Expert on protection against violence and discrimination based on sexual orientation and gender identity, and Dainius Pῡras, Special Rapporteur on the right to health.

The UN experts welcomed the “major breakthrough” and called on States to “review their medical classifications and adopt strong proactive measures” to eliminate the social stigma associated with gender diversity.

The stressed that denying the existence of diversity or lifestyle choices “leads to violence, including so-called ‘corrective rape’ and ‘conversion therapy’, and to forced, coercive and otherwise involuntary treatments and procedures to ‘normalise’ sexual attraction or human bodies”.

“It is time for the world to recognize and celebrate the rich diversity of human nature,” they concluded.

Because “data on disease and death reveal how a population is truly faring”, WHO flags health statistics as true “snapshots of a country’s wellbeing”.

Pointing out their importance as forming “the basis for almost every decision made in health care today”, WHO calls ICD “the bedrock for health statistics”.

“ICD codes can have enormous financial importance, since they are used to determine where best to invest increasingly scant resources”, WHO said.

According to one gender identity advocacy organization, the reclassification will encourage people to put pressure on their own governments to adopt ICD-11 in the coming years.