Youth representatives are set to address the high-level meeting of the General Assembly on the UN 75 anniversary on 21 September 2020, sharing a summary and outcome of the discussions. Ahead of the event, UN News spoke to some prominent youth leaders, to find out what kind of world they want, how they see the UN’s role in the coming decades, and their hopes and fears for the future. 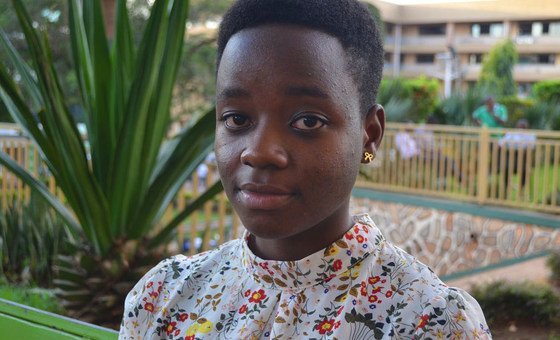 Leah Namugerwa co-runs the Ugandan chapter of the climate activism group Fridays for Future. Aged just 16, she has already led a tree-planting campaign, launched a petition to enforce Uganda’s ban on plastic bags, and taken part in an all-female UN panel on the future direction of the United Nations.

“As a teenager from a third world country I fear for my future, and the future of the next generations, because of the increasing damage humanity is causing our environment. The climate is no longer safe, and politicians don’t seem to care. I am deeply concerned with the slow response from global leaders on climate change and lack of climate justice.

Thankfully, a new wave of young activists is sweeping the world. Young people like Greta Thunberg have become the adults in the room, which inspires me a lot. It will take selfless women to get us out of this mess. Female climate activists are showing leadership all over the world and showing us that solutions are within our reach.

We’ve seen the urgency and the speed with which world leaders and the private sector have reacted to COVID-19. It’s time to do the same thing for the climate crisis. Governments need to start telling the truth about climate change to the public and most importantly declare a climate emergency.

I want the UN to do more to hold governments accountable for the injustices and abuses they commit against their own people and the environment. Young people need to be given an active role, with the power to influence policies.

The UN is trying to make all voices heard, but voices from the global South are still not listened to. It takes a lot of effort for a climate activist from Uganda to be heard internationally. I ask the UN to give us the same platform it gives to our counterparts from developed countries.”

‘The UN is still a symbol of hope’

Nhial Deng has lived in the UN-run Kakuma refugee camp in Kenya for 10 years, after fleeing an armed attack on his village in Ethiopia. Today, he is a community activist, helping young people in the camp to improve their lives through education, mentorship and social entrepreneurship.

“The UN is trying to be more relevant to young people, but there is still a long way to go. Young people should be part of every single discussion and initiative at the UN at all levels as key actors and contributors, they should not be included in only one or two campaigns and initiatives. We don’t just deserve a seat at the table, the table should be brought to us, and the most vulnerable and affected communities.

The UN was created ‘to save succeeding generations from the scourge of war and to establish conditions under which justice and respect can be maintained’. Unfortunately, conflicts remain, torture has not been extinguished, and human rights violations continue to make headlines. Yet, 75 years down the line, the UN is still a symbol of hope to so many people, who often find themselves on the side lines. When people flee their country, they know that when they get to a UN camp they will be able to get food, shelter, and basic medical care.

Most of us will agree that the fate of the human race would look much bleaker today if it wasn’t for the UN fostering international co-operation and preventing a repeat of the horrific world wars of the first half of the 20th century. Today, most of the problems facing our world are global, COVID-19 being one of them, hence they require a global response. But all nations need to show true and authentic intentions in uniting for peace and a sustainable future for our planet.

To ensure it remains relevant, the internal democratic processes of the UN need to be revisited. The UN should be more democratic, more transparent, and much more accessible to everyone, especially underprivileged communities, so that any young person from a refugee camp, slum or indigenous community can see themselves fully represented.”

‘I want to see a world of equal opportunities’ 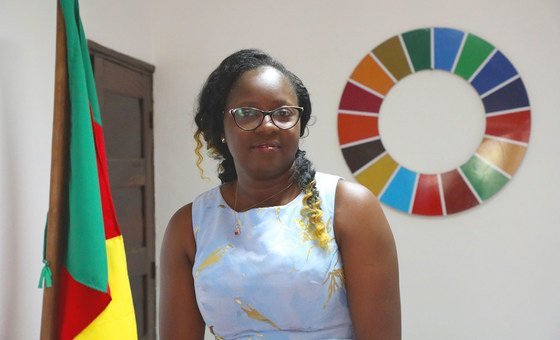 Cécile Mawe is the founder and president of JADD, a youth organization which advocates for sustainable development in Cameroon.

JADD’s recent initiatives include a project in the south of the country, supported by the UN Development Programme (UNDP), to improve the livelihoods of women Bantu villagers, by promoting sustainable farming techniques.

“I want to see a world of equal opportunities for men and women; with reduced inequalities between countries, peoples and communities; in which young people are seen as a major asset for the development of nations, particularly in Africa, where they make up some 60 per cent of the population; and where vulnerable groups are represented at the highest level of government.

Women have a lot of potential, but socio-cultural norms, and male leadership in Africa, still pose major challenges. Woman have a major role to play, at the family and societal level, if we are to achieve the Sustainable Development Goals by 2030.

I do think that the voice of youth is being heard by the UN, but it can do more. 70 per cent of Cameroon’s population is young, and intelligent, but only 15 per cent of them have access to jobs in the public sector. I would like to see the UN create a ‘UN Youth’ agency, devoted entirely to themes linked to young people, such as project coaching – in areas such as start-ups, sustainable agriculture, agri-business and computing – and financial and technical mentoring.

Today, many countries, including Cameroon, are suffering from problems such as armed conflict and civil wars, bad governance, commercial wars, and growing inequality. I want the UN to find new strategies, adapted to each country, that bring about peace and security; make equal opportunity for men and women a reality; and ensure that vulnerable parts of society, including indigenous people, have senior, decision-making positions of authority.”

UNDP/Sumaya Agha
As part of the Fridays for Future school strikes, youth protest for climate action in New York, August 2019.

Youth and the UN

On 9 September, young people from around the world took part in the UN75 Youth Plenary, organized by the UN Office of the Secretary-General’s Envoy on Youth, in collaboration with partners. The plenary, in line with the UN Youth Strategy launched by UN chief António Guterres in September 2018, was an opportunity for young people to discuss their role in shaping the future of international cooperation.

The UN chief, and other top UN officials, shared their thoughts on the importance of youth, multilateralism and the UN. Mr. Guterres praised the cosmopolitan attitudes and solidarity of young people, and their leading role in the fight for gender equality, climate action, and against racism.

“I’m sure that in the future we will win the battle”, he said, “and we will have stronger and more inclusive multilateralism.”

Tijjani Muhammad-Bande, the President of the General Assembly, described multilateralism as a framework for listening to others, and relating to the way that they see things. “This is absolutely fundamental”, he added, “and a major principle of the UN: it’s an example of respect for others, a willingness to work with them to solve common problems, and to give them the support they need.”

Jayathma Wickramanayake, the UN Envoy on Youth, recounted the role of the UN in helping her country, Sri Lanka, recover from the devastating 2004 tsunami, which killed some 35,000 people, and encouraging the warring parties in its civil war to reach a peaceful solution. “For me multilateralism is about hope, opportunity and human dignity”, said Ms. Wickramanayake. “It’s about what the UN and other institutions do for the people on the ground, those who most need their help.”