“This attack against the United Nations is deplorable and we condemn it in the strongest terms”, said Deborah Lyons, the UN Special Representative for the country.

Secretary-General @antonioguterres strongly condemns today’s attack against a @UN compound in Afghanistan, in which an Afghan police guard was killed and others injured. https://t.co/2n4kZ6EHtd

“Our first thoughts are with the family of the officer slain and we wish a speedy recovery to those injured”, she added.

Secretary-General António Guterres added his strong condemnation and reminded that “attacks against UN personnel and premises are prohibited under international law and may constitute war crimes”.

In a statement issued through his Deputy Spokesperson, Farhan Haq, Mr. Guterres reiterated the UN’s commitment of support to the Government and people of Afghanistan in their efforts to achieve peace and stability.

The UN chief also expressed his condolences to the bereaved family and wished the injured a speedy recovery.

UNAMA reported that no UN staff were hurt in the incident.

“The perpetrators of this attack must be identified and brought to account”, said Ms. Lyons, who also heads UNAMA.

The UN’s presence in the country is as a civilian entity focused on supporting peace efforts, promoting the rights of all Afghans and providing humanitarian and development assistance.

The UN expressed its gratitude to the Afghan Directorate of Protection Services officers who defended the compound from the attackers.

Multiple UN Member States, and regional organizations on Twitter, added their condemnation of the assault and called for justice.

Herat city is the second provincial capital area that Taliban fighters have entered in the space of 24 hours, according to news reports. Insurgents entered the capital of the southern province of Helmand a day earlier, and as clashes continue there, civilians are rushing to evacuate the city. 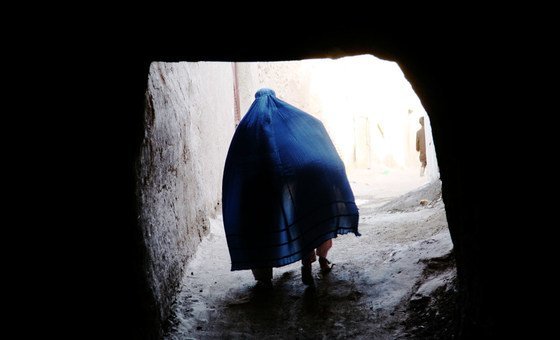 On Friday, the Taliban assault on the outskirts of Herat, reportedly forced many civilians to flee.

More women and children were killed and wounded in Afghanistan in the first half of this year than in the first six months of any year since records began in 2009, according to the report.

UNAMA expressed particular concern over an acute rise in the number of civilian casualties – with as many killed in May and June as in the preceding four months.

The report did not cover casualties during July, when fighting intensified further.