According to information received by UNAMA, this is a formal directive rather than a recommendation, any violations of which will lead to the punishment of male relatives.

UNAMA is deeply concerned with today’s announcement by the Taliban that all women must cover their faces in public, should only leave their homes in cases of necessity, & that violations will lead to the punishment of their male relatives.
Full statement: https://t.co/D7XEsmv1te pic.twitter.com/Iw35PbDju5

“This decision contradicts numerous assurances regarding respect for and protection of all Afghans’ human rights, including those of women and girls, that had been provided to the international community by Taliban representatives during discussions and negotiations over the past decade,” the UNAMA statement said.

Following the Taliban takeover in August 2021, the Taliban assured that women would be afforded their rights, whether in work, education, or society at large.

News reports on the decree, which calls for women to only show their eyes and recommends they wear the head-to-toe burqas, say that this latest whittling of their rights in the country evokes similar restrictions from the Taliban’s previous rule between 1996 and 2001.

It also follows the reneging on an earlier promise to appease their hardline rule at the expense of further alienating the international community, which has been eager for signs that the de facto authority is ready for positive relations with the wider world.

After seizing power, the Taliban confirmed in September that secondary schools were reopening, but that only boys would be returning to the classroom.

Women teachers throughout the country were also unable to resume work.

This latest decision by the Taliban threatens to further strain engagement with the international community.

“UNAMA will immediately request meetings with the Taliban de facto authorities to seek clarification on the status of this decision,” the statement continued, adding that UNAMA would also engage in consultations with members of the international community regarding the implications of this latest decree. 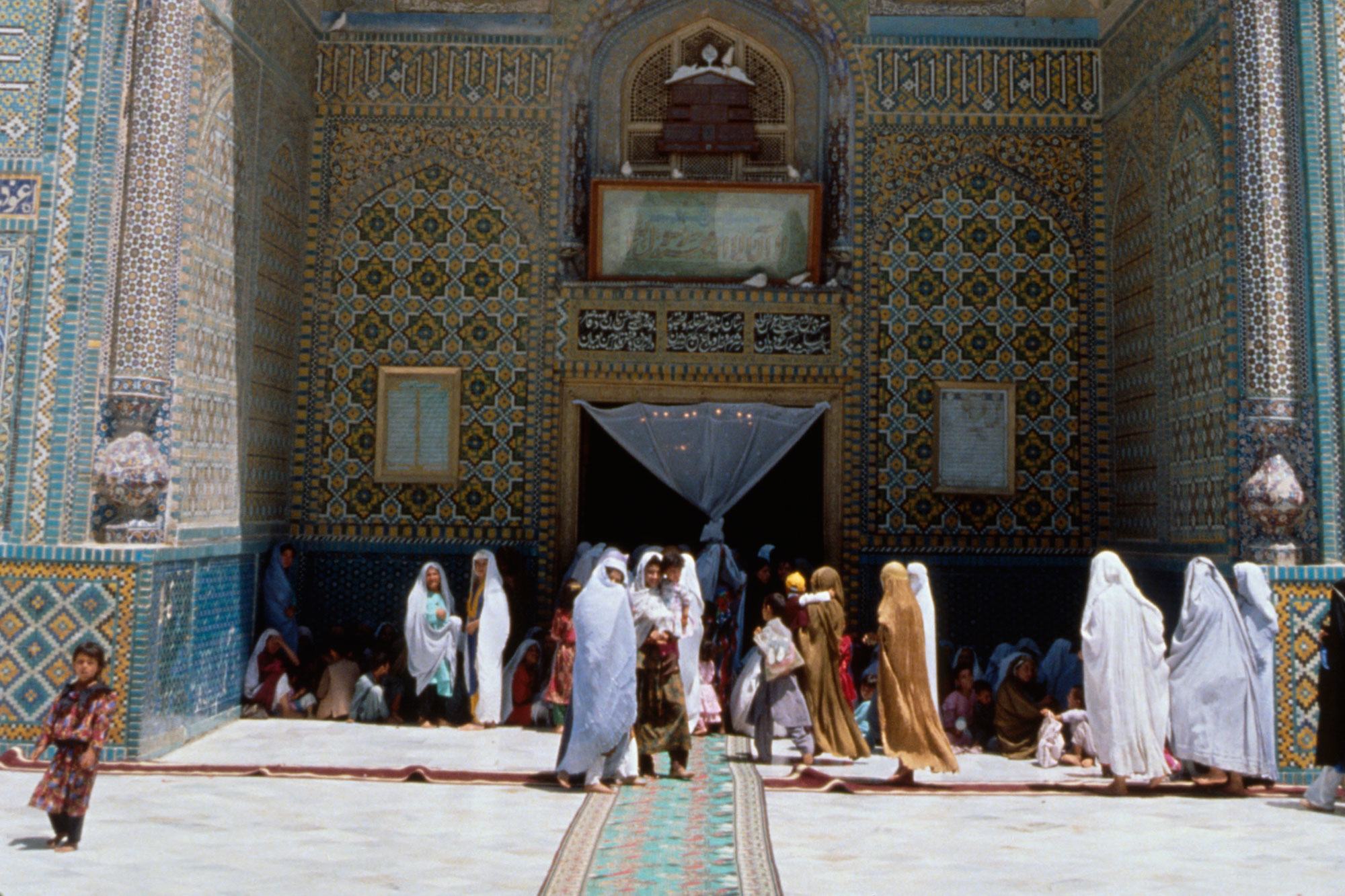 © UNICEF/Jeremy Hartley
Women gather in the shade of the high archway entrance to a mosque in the northern city of Mazar-i-Sharif, Afghanistan.

UN remains on the ground

Intense pushback against the Taliban have led to nations cutting development aid and enforcing strict sanctions on the country’s banking system, pushing Afghanistan towards economic ruin.

On 30 August 2021, the Security Council passed a resolution calling on the Taliban to provide safe passage for all those seeking to leave the country. During a high-level meeting in Geneva the following month, the international community pledged more than $1.2 billion in humanitarian and development aid to the Afghan people.

In January, the UN and partners launched a more than $5 billion funding appeal for Afghanistan, in the hope of shoring up collapsing basic services there.

Throughout, the UN has pledged to stay and continue to deliver lifesaving humanitarian aid to the Afghan people across the country.

Information about the UN Country Team in Afghanistan can be found here.