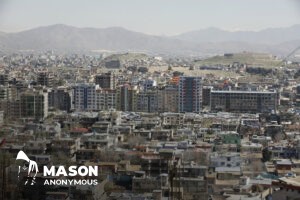 The rockets reportedly were fired from vehicles, hitting several densely populated areas.  The ISIL affiliate in the country has claimed responsibility, according to media reports which cited intelligence sources.

Deeply shocking and deplorable that civilians should be subjected to such indiscriminate attacks. Those responsible must face justice. Our thoughts are with the bereaved and wishing recovery to all those inured. #Afghanistan https://t.co/uBltaBkQVH

UN chief António Guterres has expressed his deepest sympathies to the families of the victims and wished a speedy recovery to the injured, his Spokesperson said in a statement.

The UN Assistance Mission in Afghanistan (UNAMA) has also extended condolences to the bereaved.

In a post on Twitter, UNAMA said it was “Deeply shocking and deplorable that civilians should be subjected to such indiscriminate attacks. Those responsible must face justice.”

The attacks occurred just hours before US Secretary of State Mike Pompeo was scheduled to meet in Qatar with representatives from the Afghan Government and the Taliban, who have been holding talks in the Gulf State since September.

The Secretary-General has underscored the urgency of ending the violence in Afghanistan.

“He hopes the Afghanistan Peace Negotiations can swiftly achieve a de-escalation of the conflict and cessation of attacks in order to save lives,” the UN statement said.

“The upcoming Afghanistan 2020 Conference on 23 and 24 November, co-hosted by Afghanistan, Finland, and the United Nations, is an opportunity to renew commitments to the peaceful development and future prosperity of the country.”

More than 70 countries are expected to participate in the donor conference, which aims to coordinate development cooperation for the period from 2021-2024.

The event will take place virtually from the UN Office in Geneva, with only the co-hosts meeting in person.