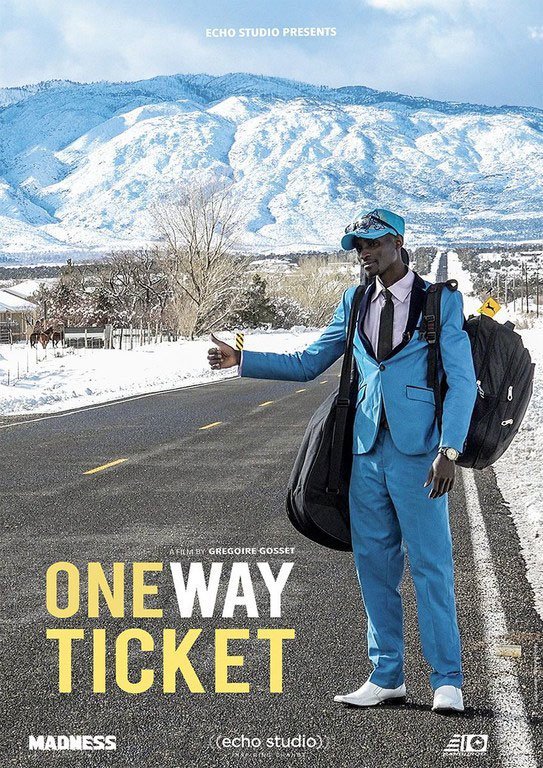 In an interview with UN News, Mr. Bahati and Mr. Ntegyeye explained that they were forced to leave the Democratic Republic of the Congo (DRC) in 1996, due to conflict, to live in the camp where, says Mr. Bahati, life was extremely difficult.

“If somebody could only take you there and see what is taking place. It’s a miserable situation that they’re in, because more refugees keep arriving every day, and those in the camp have to share the resources: even the UNHCR (the UN refugee agency) does not have sufficient resources. We really pray for them, because there is nothing else that we can do for them”.

‘We are the lucky ones’

In 2014, they started the long, but ultimately successful resettlement process, with help from IOM, which eventually led to them taking the “one-way ticket” of the title, to live in the US. The contrast between the Ugandan camp and their current situation (they live in Chicago and Pennsylvania) is described by Mr. Ntegyeye as “a kind of miracle”:

“We are the lucky ones. It’s like you have been living in boiling water, or a fire, and then someone lifts you out. We hope that, when someone sees this movie, that people will understand that refugees are suffering, but they are strong people: they want to work, and they can contribute to the economy of a host country. Maybe they could find peace in a good place, like here. That is my prayer for whoever sees the movie”.

Grégoire Gosset, the director of One Way Ticket, told UN News that he set out to make a movie that talks about migration in a positive way, and that anyone, including children can watch. “We all know”, he said, “ that the next generation will have to confront the problems associated with migration, which will become even more prevalent, so it’s better that we begin talking about it now”.

The Global Migration Film Festival launched in 2016 by IOM, and showcases movies and documentaries that capture the challenge and promise of migration, and the contributions they make to their new communities. The stated goal of the GMFF is to spark debate, and bring about a better understanding of migrants.