The International Organization for Migration (IOM), the Office of the High Commissioner for Refugees (UNHCR) and the UN Office on Drugs and Crime (UNODC) said that thousands of lives may be at stake if the stranded people are unable disembark.

Those at sea include hundreds of Rohingya, ethnic communities from Western Myanmar who faced persecution that was likened to ethnic cleansing by former top UN rights official Zeid Ra’ad Al Hussein.

"We are deeply concerned by reports that boats full of vulnerable women, men and children are unable to come ashore."@UNmigration @UNODC and @Refugees call for greater protection of #Rohingya currently at seahttps://t.co/SFcKndGMSf pic.twitter.com/FKsB0Q0A22

“We are deeply concerned by reports that boats full of vulnerable women, men and children are again adrift in the same waters, unable to come ashore, and without access to urgently needed food, water, and medical assistance”, the three UN agencies spelled out.

The development comes five years after a similar crisis in the Bay of Bengal and Andaman Sea, when thousands of refugees and migrants were cut adrift by people-traffickers.

In a call for a regional solution to the latest emergency, the three UN agencies offered their support to States across the region to provide immediate assistance to asylum-seekers, refugees and vulnerable migrants, and also to help strengthen their ability to respond to irregular movements of people.

Some States had “already demonstrated that health screening and quarantine arrangements can be implemented so that people can disembark in a safe, orderly and dignified manner”, the UN agencies said in a joint statement.

Although there was “no easy solution” to irregular maritime movements of refugees and migrants, the UN appeal insisted that “deterring movements of people by endangering life” was ineffective and violated basic human rights, the law of the sea and international law “by which all States are equally bound”.

Saving lives must be the first priority, the agencies maintained, stressing that when people are in search of safety, protection or basic survival, they will move regardless of any obstacles in their path.

“We recognize that in the midst of the COVID-19 pandemic, States have erected border management measures to manage risks to public health”, the joint statement said. “These measures…should not result in the closure of avenues to asylum, or in forcing people to either return to situations of danger or seek to land clandestinely, without health screening or quarantine”.

After the 2015 crisis, UNHCR issued a report containing testimonies of survivors who detailed long and difficult journeys at the hands of smugglers.

They also claimed to have been towed or guided on many occasions by authorities “from one territorial water to another”.

At least 5,000 people were abandoned en masse by smugglers at sea five years ago; they eventually disembarked in Bangladesh, Indonesia, Malaysia, Myanmar and Thailand.

And boat crews cited starvation, dehydration, disease and abuse as the main causes for the 70 who died then, UNHCR said.
At the time, the UN refugee agency warned of a reported “bottleneck” that was keeping thousands of people at sea on large holding ships, which, in the face of increased scrutiny by authorities, was believed to be owing to smugglers’ inability to disembark passengers to Thailand or Malaysia.

Such holding ships were said to be steel-hulled vessels with eight or more levels that each held over 1,000 passengers. 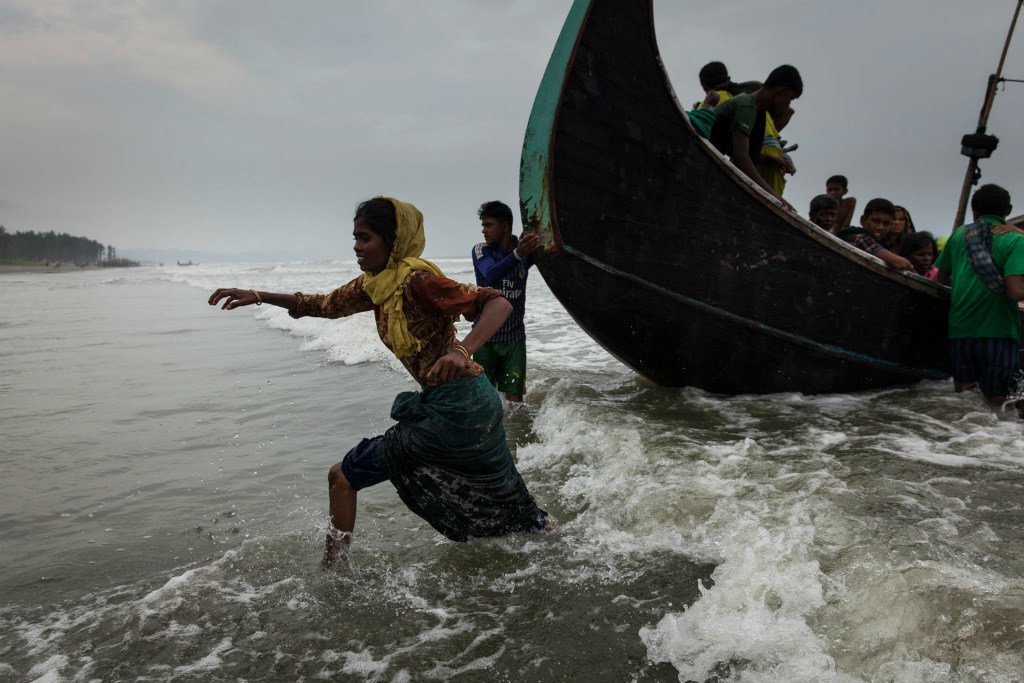