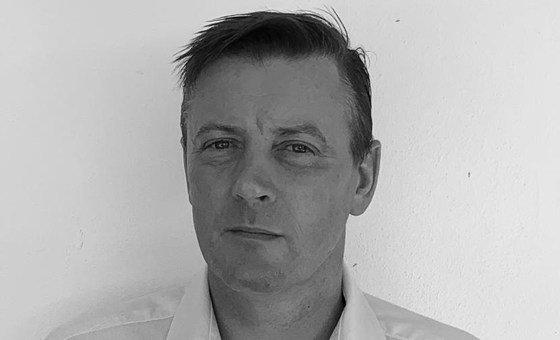 Gary Rynhart: When COVID-19 spread around the world, many migrants were shipped home unceremoniously or left to fend for themselves. Migrants have also – because of the sectors they work in, and the poor conditions in which many lower skilled migrants live and work – been vectors for spreading the virus. Examples we’ve seen include workers in meat factories in Germany, and construction workers in the United Arab Emirates and Singapore.

UN News: are migrants more likely to have lost work, due to the economic crisis?

Gary Rynhart: Job losses have often hit migrant workers hardest, because they are more likely to work in informal jobs which can lack safety nets, in case of job loss or illness. This is particularly the case for migrants in developing countries, and temporary migrants, such as seasonal workers, where social protection tends, at best, to be limited to work injury compensation or health benefits.

Over thirty countries in the world get more than 10 per cent of their GDP from remittances. This money sent home by around one billion workers overseas or internally to their families is collectively higher than either foreign direct investment or official development assistance. It was almost three-quarters of a billion dollars last year. The World Bank estimates a drop of 20% this year. Families across the developing world are being impacting, creating ripple effects throughout their economies.

UN News: will migrants be able to find jobs, once the global economy recovers?

Gary Rynhart: The disruption to supply chains and closed borders resulting from the pandemic will probably lead to more firms turning to technology, automation and Artificial Intelligence. In a recent survey by accounting firm EY, around half of company bosses surveyed, in 45 countries, said that they are speeding up plans to automate their businesses, and some 41 per cent said they were investing in accelerating automation, as businesses prepared for a post-crisis world.

This is potentially bad news for migrants. Southeast Asia is a case in point: take the garment factories in the region, which is mostly filled with internal migrants, or the shrimp peeling industry in Thailand, which is done by Myanmar migrants.

Technology to reduce, or eliminate, the need for human workers in these industries already exists.

Even call centres in the Philippines, which benefited from outsourcing that began in the 1990s, are affected. It’s estimated that up to 90 per cent of these ‘new’ jobs are under high threat from automation. That’s one million jobs, accounting for around seven per cent of the country’s GDP.

Manufacturing, retail, health care and hospitality will be significantly impacted sectors.  In the Japanese healthcare sector robotic care workers, or ‘carebots’ are increasingly deployed to, quite literally, do the ‘heavy lifting’. This does away with many of the physically demanding orderly positions traditionally filled by migrants.

The retail sector has typically relied on migrant workers, but the COVID-19 pandemic has seen a dramatic growth in online shopping. In the hospitality sector, automated experiments include robots that provide bartending services on cruise ships and in airports, and that deliver food to hotel guests’ rooms. More hotels are offering automated check-in via app or even, in China, via facial recognition. Alexa-enabled speakers in hotel rooms let guests ask for sightseeing tips and order toothbrushes without talking to staff.

Using GPS technology, robots can be used in precision agriculture for weed control and harvesting. The pandemic may also have given another nudge to technology for Driverless cars which could soon see taxi driving, another job many migrants do, fall by the wayside.

ILO Photo/Marcel Crozet
A school teacher in France connects with her students remotely during the COVID-19 pandemic.

What the last few months have shown is that an awful lot of processes and meetings (e.g. doctors’ appointments, visa renewals) can be done online.  There has been a surge in telemedicine, and, as video technology improves, diagnostics such as measuring temperature, heart rate, and blood pressure may also be done via a webcam. Certain elements of teaching can be done through digital platforms, and there is currently a big increase in internet-based education services.

Improvements in virtual reality, augmented reality, hologram technology, and collaboration tools will make all of that even easier. Many administrative functions can be carried out remotely:

There are many new employment opportunities here, which could reduce the need for migration, and remote working could open the door for women to access opportunities commensurate with their talent by going elsewhere virtually, without moving physically. This is especially important in regions where there are cultural biases against women actively searching for jobs: platforms have been found to help women find work, and remote working can offer them an important veil of anonymity.

UN News: has the pandemic affected attitudes towards migrants?

Gary Rynhart: There has been an increase in discrimination, in particular anti-Asian discrimination specifically related to COVID 19, and some populist political parties have sought to scapegoat migrants (we’ve seen this in Italy, Spain, Greece, France, and Germany, amongst others). 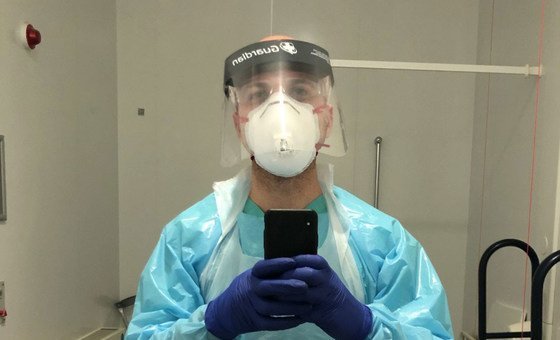 Hassan Akkad, a BAFTA-winning filmmaker and health worker from Syria, now living in the United Kingdom., by © Hassan Akkad

But the post-pandemic world is not necessarily all bad news, and there are signs that it may bring about new opportunities for migrants, and even improved perceptions.

For example, many migrants are filling frontline medical roles or providing essential services like stacking supermarket shelves or cleaning hospitals. Additionally, we have seen some softening of restrictions on foreign-trained and foreign-born health workers in high-income countries to cope with the crisis: refugee doctors without recognized qualifications were called up in Germany, and had recognition of their qualifications fast-tracked in the UK, some US States have allowed foreign-trained doctors to work, and Australia lifted working hour caps on foreign-trained nurses.

In fact, despite recent populist rhetoric, attitudes towards migrants have been steadily, and markedly, improving in recent years. According to a survey of 18 countries published last year, 63 per cent of US citizens felt immigrants were a burden on the country, back in 1994, and only 31 per cent felt they strengthened it.

Fast forward 25 years and the figures are reversed. By a ratio of two to one US citizens are pro-migration.  According to the same survey, majorities in top migrant destination countries, which host half of the world’s migrants, say immigrants strengthen their countries. Majorities in the UK, France, Spain, Australia, Canada, Sweden and Germany all agree with the statement ‘migrants make my country stronger’.

Maybe one outcome of this crisis will be more inclusivity, and more diversity, in the global workplace, and an improvement in some of the factors that drive people to leave their homes and countries, in search of better livelihoods.

Migrant workers and COVID-19: a snapshot