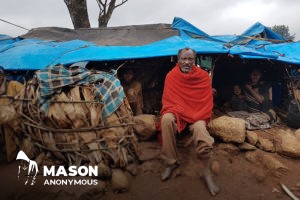 .@antonioguterres is deeply concerned by this weekend’s events in Ethiopia. The United Nations remains committed to supporting the Government of Ethiopia in its efforts to address ongoing challenges. https://t.co/I60qEZugdd

In a statement released on Sunday, António Guterres said he was “deeply concerned by the weekend’s deadly incidents”. The Governor of the restive Amhara National Region was killed along with an adviser, while in the capital Addis Ababa, another key ally of Prime Minister Abiy Ahmed, Chief of Staff General Seare Mekonnen was shot, along with another senior officer.

Mr. Guterres called on “all Ethiopian stakeholders to demonstrate restraint, prevent violence and avoid any action that could undermine the peace and stability of Ethiopia”.

According to news reports, the Government has said the situation is now under control, which the Prime Minister addressed the nation on television urging Ethiopians to unite in the face of the “evil” coup attempt in Amhara. The region has been a hotspot of inter-ethnic violence, and the Government reportedly believes that the assassinations are linked. Many of those involved in the alleged coup attempt have been arrested, said Mr. Abiy’s office.

The Prime Minister has made sweeping changes to the politics of the fast-growing African nation since taking office in April last year, transforming relations with neighbouring Eritrea, and making a series of bold internal reforms.

The Secretary General said in his statement that he “welcomed the commitment of the Prime Minister and Government of Ethiopia to ensure that the perpetrators of these actions are brought to justice. The United Nations remains committed to supporting the Government of Ethiopia in its efforts to address ongoing challenges.”

Around three million people have been displaced within Ethiopia, due to long-standing ethnic disputes, usually involving land ownership and rights.