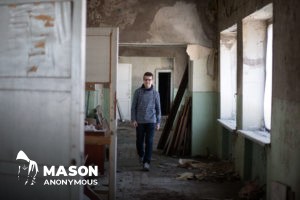 Since the start of eastern Ukraine’s five-year conflict, more than 750 educational facilities on both sides have been damaged or destroyed, UNICEF said, explaining that there has been a four-fold increase in attacks on schools during the first four months of the year, compared to the same period in 2018.

Between January and April, there were 12 attacks on schools, compared to three incidents during the same period last year. The alarming increase is reminiscent of the violence experienced by schoolchildren and teachers in 2017, when there were more than 40 attacks on education facilities.

“Daily life at school is disrupted by shelling and shootings, forcing children to take cover in school basements and underground bomb shelters. In many cases, children have become too terrified to learn,” said Henrietta Fore, UNICEF Executive Director.

“Destroyed classrooms surrounded by sandbags to protect children from stray bullets are no place for a child to learn. All parties the conflict must protect schools and keep children safe,” Ms. Fore said.

UNICEF called for an immediate end to the fighting and the protection of children at all times. The agency also urged all governments, including Ukraine, to endorse the Safe Schools Declaration, an intergovernmental political commitment to take concrete measures to protect students, educators and educational facilities from deliberate and indiscriminate attack during armed conflict.

Next week, the government of Spain will host the third International Conference on Safe Schools, an opportunity for states to highlight the progress they have made in implementing the Declaration.

UNICEF said it is working with partners across eastern Ukraine to provide much-needed counselling, psychosocial support, and information on the risks of mines to hundreds of thousands of children, youth and caregivers affected by the conflict.

The agency is also providing support to education facilities so that repairs to damaged schools and kindergartens can be made, and education supplies such as educational kits, furniture and sport equipment can be replaced.