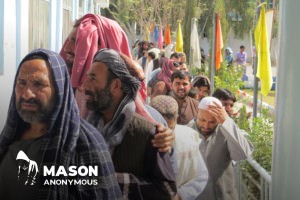 “There is no justification whatsoever for any party to the conflict to attack civilians; they must never be a target.” – UN envoy Yamamoto in statement on protecting civilians in #Afghanistan: https://t.co/TReqOehIPE #NotATarget pic.twitter.com/gxXQqo05O3

In a statement issued on Sunday, the UN Assistance Mission in Afghanistan (UNAMA) said it remains troubled that civilians are being killed in high numbers and that it has found that during the holy month of Ramadan, anti-Government elements “deliberately and knowingly targeted civilians.”

“I condemn these deliberate attacks on civilians that signal a disturbing intent to spread fear; they delegitimize the perpetrators, depriving them of any claim to represent the people of Afghanistan”, said UNAMA chief Tadamichi Yamamoto.

The Mission found that, throughout Ramadan, the targeted attacks included: an 8 May attack on NGO staff in Kabul; the 24 May assassination of a religious scholar in a place of worship; the 27 May and 3 June incidents targeting civilian government officials; and the 2 June attack against Shia students.

“In international law, all parties to the conflict are prohibited from deliberate attacks carried out against civilians; by definition these are war crimes and may amount to crimes against humanity,” said Mr. Yamamoto, declaring: “There is no justification whatsoever for any party to the conflict to attack civilians; they must never be a target.”

The United Nations maintains that attacks deliberately targeting civilians run counter to the fundamental principles of international humanitarian law and remains committed to an Afghan-led peace process that will end the ongoing war.

This year marks 20 years since ‘protection of civilians’ became a standing agenda item at the UN Security Council.

UNAMA said that it will continue to conduct its Security Council-mandated impartial monitoring and recording of harm to civilians, by all parties to the conflict, making its findings public as part of work to promote accountability and limit the impact of the war on civilians.