The Principal Situation Coordinator for the region at the UN Refugee Agency (UNHCR), Toby Harward, told journalists in Geneva that the agency is deeply concerned about the situation.

According to him, nearly 10,000 Sudanese have fled a wave of intercommunal violence in the Jebel Moon, a locality in West Darfur, one of the five Darfur States. Over 2,000 of them, mostly women and children, have sought refuge in neighbouring Chad.

Tensions remain high in Jebel Moon and violent incidents have occurred in the past few days in other West Darfur localities, including in El Geneina on 5 December.

UNHCR is also receiving alarming reports from other parts of Darfur about the destruction of villages, sexual violence, and the rustling of livestock. 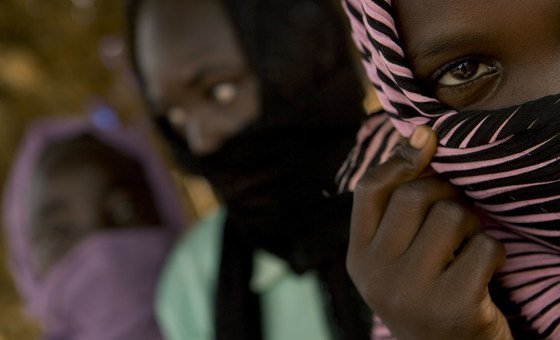 A 12-year-old girl (right) who lives in a camp for displaced people in North Darfur State, Sudan, says she was raped by government soldiers, by © UNICEF/Ron Haviv

The ongoing violence, coupled with a poor rainy season and pest infestation, has also disrupted the farming season. Displaced farmers are worried about a total failure of their harvest.

Some people have found refuge in five locations near the border in Chad. These new arrivals are in urgent need of food, water, and shelter.

UNHCR is working with the authorities and our partners to provide them with emergency assistance. Chad already hosts 520,000 refugees, 70 per cent of whom are from Sudan.

The northeast African country has some 3 million internally displaced people (IDPs), with more than 80 per cent living in the Darfur states.

As these IDPs and refugees look for durable solutions to their plight, the humanitarian situation is worsening.

The Head of the Office for the Coordination of Humanitarian Affairs (OCHA) in Sudan, Paola Emerson, informed journalists in Geneva that about 6.2 million people across Darfur will need humanitarian assistance next year.

The number represents about half of the population in the region, and it includes 2.4 million IDPs, 840,000 returnees, 234,000 refugees and 2.7 million vulnerable residents.

Sudan has been in economic recession since 2018. According to Ms. Emerson, a series of urgent and bold economic reforms were undertaken, but it will take time before ordinary Sudanese start feeling the day-to-day impact of the changes.

About 2.7 million people in Darfur, or about 43 per cent of those in need, are vulnerable residents who are food insecure as a result of the economic crisis. 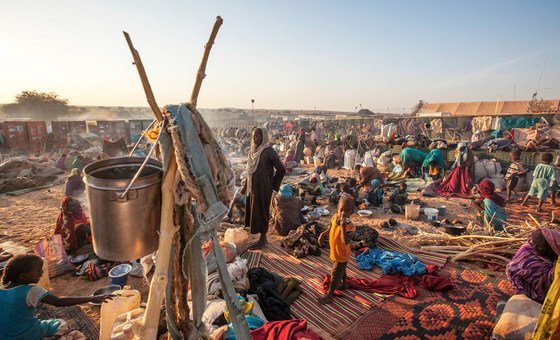 “Acute food insecurity is likely to persist as the economy is not expected to improve and inflation remains high, disproportionately affecting the purchasing power of the most vulnerable people”, the humanitarian explained.

Despite some progress since the signing of the Juba Peace Agreement, in October of last year, a range of armed groups and criminal elements continue to operate in Darfur.

According to Ms. Emerson, a combination of factors are at work, including the re-balance of power following the removal of the government led by Omar al-Bashir, and the exploitation of old grievances for political purposes.

As the UN Special Political Mission (UNITAMS) mentioned, the implementation of the Agreement has also been slow. On top of that, the United Nations–African Union Mission (UNAMID) completed the withdrawal of all uniformed and civilian personnel by 30 June 2021, impacting security.

There are also tensions and potential conflict over access to and management of resources remain high, and there are reports of seasonal conflicts between farmers and nomads.

“These are likely to persist in 2022 as their root causes have not been resolved”, the OCHA official said.