Mr. Guterres was addressing representatives of countries, led by Germany and Naura, that joined together in 2018 to form the UN Group of Friends on Climate and Security, with the stated aim of cooperating to develop solutions for the impact of climate change on security policy, raise public awareness and boost the involvement of the United Nations in this area.

The Decade of Action begins, said the UN chief, with efforts to ensure that the next UN climate conference, set to take place in Glasgow in November, is a success, following the “disappointment” of COP25.

“70 countries committed to carbon neutrality by 2050, including the European Union, but also many that have contributed least to the problem”, said Mr. Guterres. “That number represents less than one fourth of global emissions.  We must make this commitment universal”. 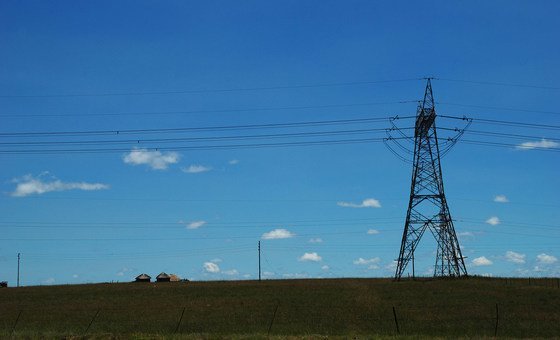 Coal mine in South Africa (file), by UN Photo/Gill Fickling

Mr. Guterres repeated his attack on fossil fuel subsidies, and the necessity for countries – particularly, but not only, in East, South and Southeast Asia – to break their addiction to coal. Many countries, he said, continue to put coal at the heart of their energy plans, and there is still no universally agreed price on carbon.

This inability to kick the coal habit comes as the World Meteorological Organization (WMO) analysis shows that 2019 was the second hottest year on record, and that ocean heating is at a record level.

Despite the mixed political messages, Mr. Guterres said he took heart from the proactive reaction to the climate emergency from the private sector, which has seen many parts of the financial world taking part in initiatives to encourage sustainable development.

An example is the Global Investors for Sustainable Development Alliance, a UN-supported coalition of businesses worth trillions of dollars that will cooperate across borders, and even with competitors, to mobilize long-term finance. 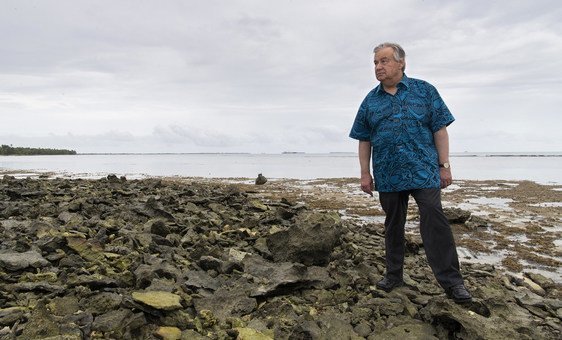 Three key events taking place in 2020 were singled out for attention in the Secretary-General’s speech. The first, the Sustainable Transport Conference, which takes place in May, was described by the UN chief as a chance to “align our mobility systems with a climate-neutral world”.

In June, the Oceans Conference will be an opportunity to “reverse and end the assault on the world’s marine ecosystems and resources, including the rising tide of plastics pollution”, and at the Biodiversity COP15  conference in October, the world must, said the UN chief, “move decisively towards an ambitious post-2020 global biodiversity framework. Let’s not forget that one million species are in the near-term danger of extinction”.

Mr. Guterres announced that he has begun scaling up the UN’s ambitions, with his new Special Envoy for Climate Action and Finance, the former Bank of England governor, Mark Carney, due to start in March, tasked with engaging business leaders on subjects including carbon neutrality, carbon pricing, disclosure of climate risk, and embedding climate into economic and financial priorities.

“We need to push for transformation in the way the financial sector works”, said Mr. Guterres, “as a lever for more ambitious national government engagement and commitments”.

The Secretary-General is also reshaping the climate team in his office, to better focus on a roadmap towards COP26 in Scotland, other 2020 climate priorities, and to reach the goals of the 2030 Agenda for Sustainable Development, during the Decade of Action.