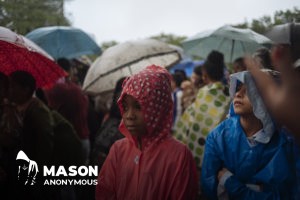 “This resolution is a contribution towards regular and safe migration, which hopefully will facilitate the recognition of the fundamental rights of Venezuelan children, as well as contribute to their integration into the society,” Ana Durán Salvatierra, IOM’s Chief of Mission in Colombia, said on Tuesday.

The resolution, which was announced by President Iván Duque, will enter into force on 20 August and will be applied to children born inside Colombia since 19 August, 2015.

According to news reports, the measure will grant a path for those children to obtain Colombian passports, up until August 2021, making it easier for them to access health care and education, while preventing a Statelessness crisis inside the country.

Tensions started escalating at the end of January, when Juan Guaidó, head of the country’s National Assembly, challenged the legitimacy of sitting President Nicolás Maduro and was declared interim president by the National Assembly. President Maduro has been in power since 2013 and was sworn in again for a second term on 10 January.

In a statement, IOM pointed out that with the exceptional and temporary administrative measure, the Government was confirming its commitment to both human rights and international conventions, by “guaranteeing boys and girls the right to a nationality, regardless of their migratory status”.

“The Government of Colombia will contribute to prevent this vulnerable population from becoming Stateless, representing a very important step to guarantee its integral protection”, the statement continued.

IOM, together with the United States’ Bureau of Population, Refugees and Migration will provide technical support to the Colombian National Registry Office in implementing the resolution.

It will also promote the campaign Primero la Niñez, or “Childhood First”, which will inform those eligible how to access they can access benefits on behalf of their children, when the initiative enters into force.

According to Migración Colombia, as of 30 June 2019, more than 1.4 million Venezuelans are in Colombia – which has been the frontline receiving nation for refugees and migrants, in the region.

In its efforts to support the Government, IOM is joined by other UN agencies, namely the UN High Commissioner for Refugees (UNHCR) and the UN Children’s Fund (UNICEF).