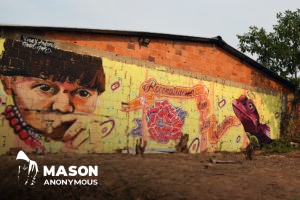 OHCHR described the dozens of deaths since the beginning of the year as a “terrible trend” that seems to be worsening.

Spokesperson Rupert Colville told reporters in Geneva that the rights office in Colombia is “closely following up on the allegations” reported by civil society, State institutions and the national human rights institution, that in the first four months of 2019 recorded a total of 51 human rights defenders and activists have been allegedly killed.

“This staggering number continues a negative trend that intensified during 2018, when our staff documented the killings of 115 human rights defenders”, he said.

#Colombia: We are alarmed by the strikingly high number of #HumanRights defenders being killed, harassed & threatened – 51 in last 4 months alone. We urge authorities to take all necessary measures to tackle the endemic impunity around such cases.

The violations are occurring against a backdrop of stigmatized rights defenders, especially those living in rural areas, which lack basic social services and have high levels of poverty and illegally-armed and criminal groups.

“There is an urgent need to address disparities in the enjoyment of all rights, particularly economic, social and cultural rights and especially in rural areas”, Mr. Colville stressed.

A wide range of activists have been targeted, including community leaders, Afro-Colombians, indigenous people, environmentalists, journalists and women’s rights defenders, some involved in local politics.

“Community leaders are particularly vulnerable and account for more than 70 per cent of all recorded killings”, the OHCHR spokesperson explained, adding that some were targeted because they supported aspects of the historic 2016 Colombian peace agreement, including land restitution and victims’ rights.

Mr. Colville went on to express concern that, with local elections in October,” the number of violent attacks may increase even further”.

While acknowledging the steps taken by the State to better protect rights defenders, such as the President’s recent announcement to appoint specialized judges in the field, Mr. Colville called on the authorities “to redouble their efforts to expand and strengthen efforts to safeguard a free and secure environment for civic engagement”.

“Despite some positive actions by the Office of the Attorney-General, we urge the State to make sure all killings, attacks and threats are properly investigated and the perpetrators – including those directing them, as well as those carrying them out – are brought to justice”, he asserted.

After decades of civil war, in 2016, rebels from the Revolutionary Armed Forces of Colombia (FARC) signed a landmark peace deal with the Government. Joining them as part of a trilateral mechanism to verify and monitor the cessation of hostilities and surrender of weapons, with the unanimous approval of the Security Council, the UN opened a political mission there on 25 January 2016.

By that October, the mission had verified the destruction of 620 kilogrammes of munitions and explosives held by the FARC.

On 26 September 2017, the UN Verification Mission in Colombia was established to verify the commitments of the Government and former FARC rebels on reintegrating them back into society, and on ensuring security in territories most affected by the decades-long conflict.

This past January, Special Representative Ruiz Massieu updated the Security Council on the situation in the country, noting the “important milestone” of the May 2018 inauguration of  a ‘Truth Commission’ to examine past human rights violations, including sexual violence.