Mother Nature, or “Pachamama”, as they say in Latin America, took centre stage as the pivotal UN climate conference reached the halfway point.

Nature is critical to our survival: it provides the oxygen we need to breathe, regulates weather patterns, supplies food and water for all living things, and is home to countless species of wildlife, and the ecosystems they need to survive.

According to the UN Environment Programme (UNEP), human activity has disrupted almost 75 per cent of the earth’s surface and put some one million animal and plant species on the endangered list.

We have overexploited nature’s resources, deforested lands for agriculture and the cattle industry, while climate change is now exacerbating that process faster than ever, increasing erosion and desertification.

Oceans have become polluted, which absorb around one-third of our carbon emissions, meaning they are losing the ability to be ‘climate change buffers’, according to the UN scientific agency, UNESCO.

It is clear humanity is “waging a war on nature”, as UN Secretary-General Antonio Guterres has said several times in recent months, urging greater action.

“We can’t continue to push nature into a corner and expect it to deliver. We want it to sequester carbon, to provide the buffers for the high storms and mangroves and to be the lungs of the world.

“But when we mess with nature, nature will send us these invoices in the forms of greater intensity storms, more fires, more heatwaves and more droughts”, the Executive Director of UNEP, Inger Andersen, told UN News at COP26 on Saturday. 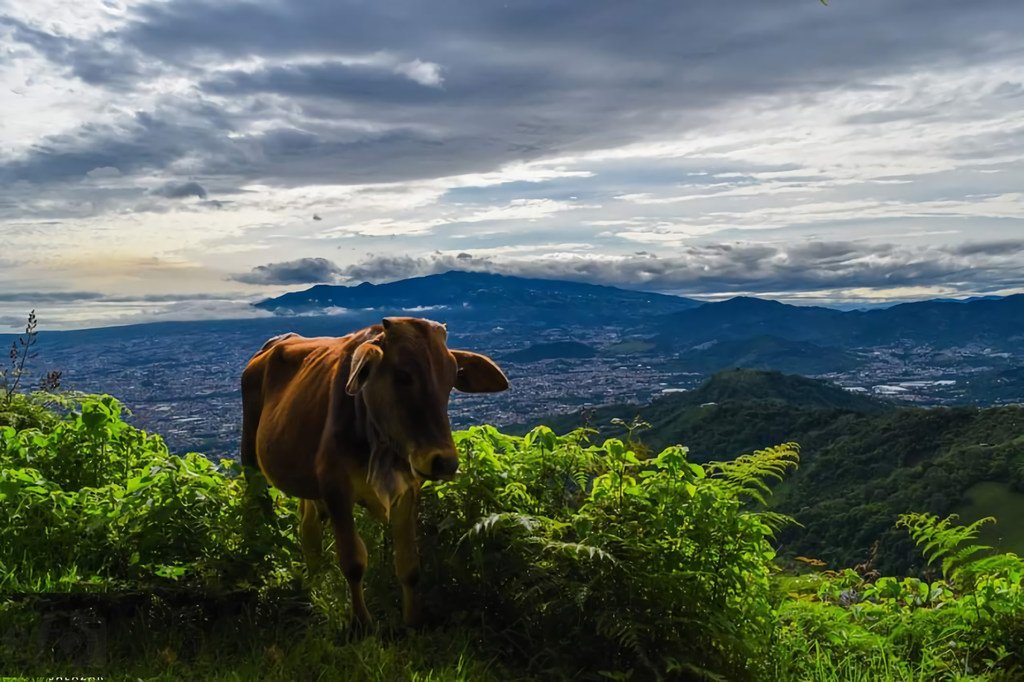 She called for unity and cooperation to find the solutions needed to restore nature and address climate change.

“The social-economic transformations we need, will only happen when we reset our relationship with nature, understanding that we can no longer invest in that which harms our planet”, she said.

As countries recover from the COVID-19 pandemic, there has been a big push for nature-based solutions against climate change, and in terms of aiding economic recovery. These are initiatives that provide benefits for nature and for people, UNEP’s chief explained to UN News.

“How can nature help us, and how we can help nature…There are two billion hectares of degraded land and we all need to eat. So, the question is if we are going to cut down virgin forests, or restore that land into a working landscape”, she underscored.

No one knows more about how best to protect nature, than the indigenous peoples of the world, which have been very active inside and outside the COP venue in Glasgow this week, working to influence negotiations in every way possible, including street protests.

“The indigenous culture teaches us to respect rivers, lakes, plants, animals and the spiritual beings who live in these places. You can’t solve the climate crisis without including indigenous peoples and without protecting their territories”, activist Eloy Terena told UN News.

UN News also caught up at COP26 with Victoria Tauli-Corpuz, former UN Special Rapporteur on Indigenous Rights, who reminded that indigenous communities really are the experts on living in harmony with nature, one fundamental reason why their territories currently contain 80% of the world’s biodiversity.

“We really use nature to solve all of our problems of food security, of water or climate change and other services and we have done it in a way that doesn’t destroy nature, so we have a lot to share with the dominant world and we need support to stop governments from criminalizing us, for protecting our territories”, she highlighted.

The international environmental activist said that while indigenous communities had strict laws and customs, to protect nature, States have conflicting laws.

“For example, in the Philippines, we have an Indigenous Rights Act, but we also have the Mining Act and well as an Investments Agreement who pushes them to extract our resources”, she said.

Ms. Tauli-Corpuz explained that during COP, indigenous representatives are moving their strategy to influence some of the decisions that are going to be made by the end of the week, including Article 6 of the Paris Agreement, which will establish rules for carbon markets and other forms of international cooperation.

“The push is to really say that we cannot have market-based mechanisms if they violate indigenous people’s rights”.

Although ancestral communities contribute next to zero to climate change, they have become one of its most vulnerable victims.

Daniela Balaguera comes from the Arhuaco indigenous community in the North of Colombia. An ancestral indigenous tribe which lives in the Sierra Nevada of Santa Marta, an isolated mountain range separate from the Andes, that runs through the centre of the country and serves as the source for 36 different rivers downstream.

“Our territories are supposed to be sacred, they are for environmental conservation, but they are not really being treated that way and that is where we must delve deeper. If they are protected areas, they should be given the guarantees and rights that have been recognized but that they are not exercising”, she says.

For her, and many other activists that have expressed their voices at COP, climate change is a matter of life and death.

“We are being threatened with the second extinction of our cultural practices, which is extremely worrying because it would be the second massacre, the second annihilation of our people”, she said.

Ms. Balaguera’s concerns are being echoed on the streets of Glasgow this Saturday, and in many other parts of the world such as London and Paris, where activists from all ages and backgrounds have called for a Global Day of Action.

Meanwhile, the COP hosts announced that 45 governments are pledging urgent action and investment to protect nature and shift to more sustainable ways of farming.

The new commitment aims to transform agriculture and food systems through policy reforms, research and innovation, in order to reduce emissions and protect nature, whilst securing food and jobs.

This includes leveraging over $4 billion in new public sector investment in agricultural innovation, including the development of climate-resilient crops and regenerative solutions to improve soil health, helping make these techniques and resources affordable and accessible to hundreds of millions of farmers.

Approximately a quarter of the world’s greenhouse gas emissions come from agriculture, forestry, and other land use.

COP26 President Alok Sharma, also announced on Saturday that the Glasgow Forest Declaration presented earlier this week, has been now signed by 130 countries, covering 93 per cent of the world’s tree cover.

He gave an update on the current negotiations at COP26 to journalists, informing them that many agreements have been reached, on topics such as gender, agriculture, and national adaptation.