The report slams greenwashing – misleading the public to believe that a company or entity is doing more to protect the environment than it is – and weak net-zero pledges and provides a roadmap to bring integrity to net-zero commitments by industry, financial institutions, cities and regions and to support a global, equitable transition to a sustainable future.

According to the experts, actors cannot claim to be ‘net zero’ while continuing to build or invest in new fossil fuel supply or any kind of environmentally destructive activities. They can’t also participate or have their partners participate in lobbying activities against climate change or just report on one part of their business’s assets while hiding the rest.

“We must have zero tolerance for net-zero greenwashing. Today’s Expert Group report is a how-to guide to ensure credible, accountable net-zero pledges,” António Guterres said at the launch at the report at COP27 in Sharm el-Sheikh, Egypt. 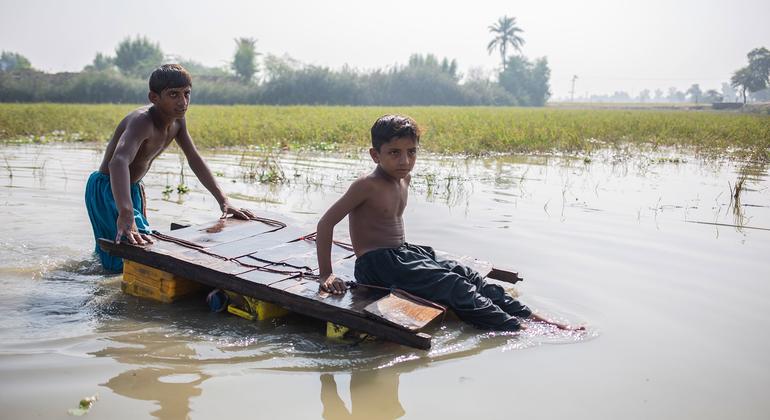 Guidelines and clarity for non-state actors

Last year at COP26 in Glasgow, Mr. Guterres announced that he would appoint an Expert Group to address a ‘surplus of confusion and deficit of credibility’ over net-zero targets of non-State entities.

The group’s first report is the result of intense work and consultations over seven months and reflects the best advice of the 17 experts selected by the UN chief.

Through 10 practical recommendations, the report provides clarity in four key areas as defined by the Secretary-General: environmental integrity; credibility; accountability; and the role of governments. 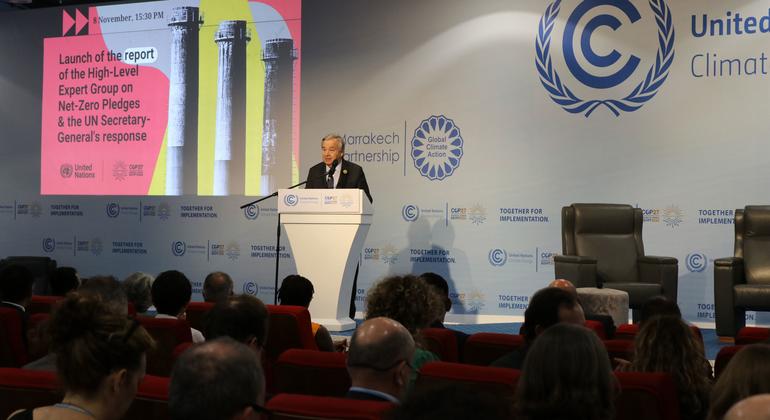 The report’s recommendations, as explained by the UN chief

1. Promises cannot be a ‘toxic cover-up’

According to the report, net-zero pledges must in line with the UN Intergovernmental Panel on Climate Change (IPCC) scenarios limiting warming to 1.5 degrees.

“That means global emissions must decline by at least 45 per cent by 2030 – and reach net zero by 2050.  Pledges should have interim targets every five years starting in 2025,” the Secretary-General explained.

The targets must also cover all greenhouse emissions and all their scopes. For financial institutions this means all of their finance activities, and for businesses and cities it means all emissions – direct, indirect and those originating from supply chains.

“The message is clear to all those managing existing voluntary initiatives – as well as CEOs, mayors [and] governors committing to net-zero: Abide by this standard and update your guidelines right away – and certainly no later than COP28,” Mr. Guterres underscored.

The UN chief also sent a strong message to fossil fuel companies and their “financial enablers” that have pledges that exclude core products and activities poisoning the planet and urged them to review their promises and align them with the report’s guidance.

“Using bogus ‘net-zero’ pledges to cover up massive fossil fuel expansion is reprehensible. It is rank deception. This toxic cover-up could push our world over the climate cliff. The sham must end” 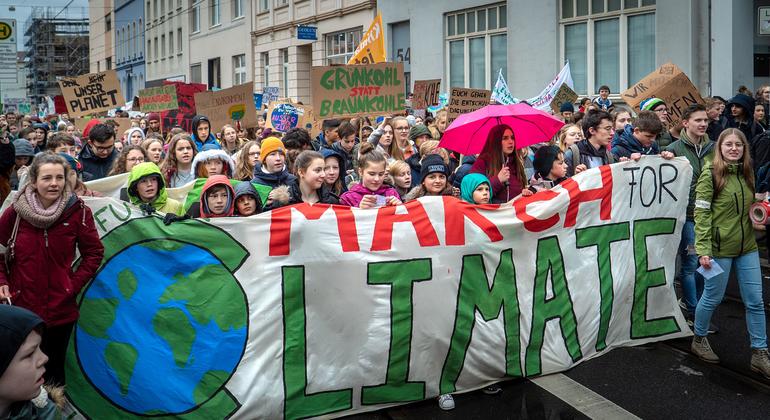 2. Plans must be detailed and concrete

Mr. Guterres said that net-zero pledges should be accompanied by a plan for how the transition is being made.

“Management must be accountable for delivering on these pledges. This means publicly advocating for decisive climate action and disclosing all lobbying activity,” he said, adding that

the absence of standards, regulations and rigor in voluntary carbon market credits is deeply concerning.

Also, the pledges must detail how the transition will address the needs of workers in fossil fuel industries and sectors affected by the renewable energy transition.

The report also provides clarity and details on what businesses, financial institutions, and sub-national authorities need to do to phase out coal, oil and gas.

3. The promises must be accountable and transparent

The Secretary-General called on all net-zero voluntary initiatives to accelerate efforts to standardize progress reports, in an open format and via public platforms that feed the UN Climate Change’s Global Climate Action Portal.

“We must work together to fill gaps from the lack of universally recognized credible third-party authorities – and we must strengthen mechanisms positioned to conduct this verification and accountability process,” he explained.

Finally, the UN chief said that governments need to ensure that the now voluntary initiatives become a “new normal”.

“I urge all government leaders to provide non-State entities with a level playing field to transition to a just, net-zero future. Solving the climate crisis requires strong political leadership,” he underscored, reiterating that developed countries also need to accelerate their decarbonization and lead by example. 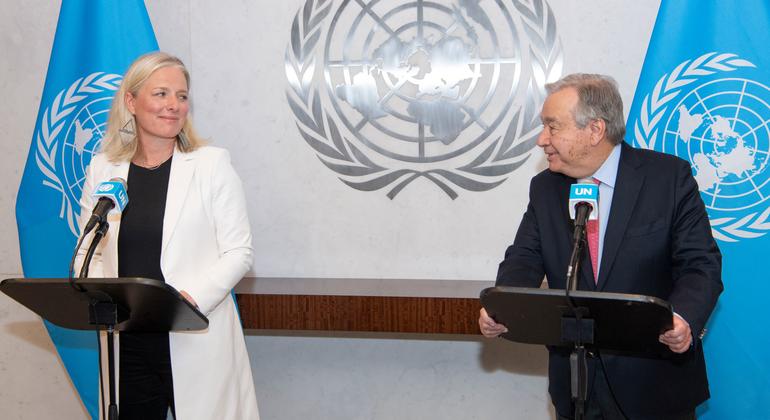 The voice of the experts

The report comes in a year in which the world has been plagued by an energy crisis triggered by Russia’s invasion of Ukraine, as well as seemingly nonstop climate impacts like the unprecedented flooding in Pakistan and crippling drought in the US.

Currently over 80 per cent of global emissions are covered by net-zero pledges.

She explained that in such a crucial time, making net-zero pledges is about cutting emissions, not corners.

Ms. Mckenna congratulated some actors that are making strides, such as companies investing in innovation, investors moving their money from dirty to clean, and cities changing their energy grid to renewables.

“But the bad news is that too many of the net-zero pledges are… little more than empty slogans and hype,” she argued. “Why is greenwashing so bad? In part, because the stakes are so high. It’s not just advertising, bogus net-zero claims drive up the cost that ultimately everyone would pay. Including people not in this room, through huge impact, climate migration and their very lives”.