At least 361 people have died from the novel coronavirus, which first appeared in the Chinese city of Wuhan in December 2019. More than 17,200 cases have been confirmed in China, and experts say they expect the numbers to rise in the coming weeks.

Although the vast majority of cases have been in China, the virus, which can cause pneumonia, is worrying global health authorities. Some 151 cases have been confirmed in 23 countries, and the first death outside of China was recorded in the Philippines. Most of those affected by the virus had travelled from Wuhan, the epicentre of the outbreak.

This is only the fifth time that the World Health Organization has declared a public health emergency of international concern.

What is a public health emergency of international concern? 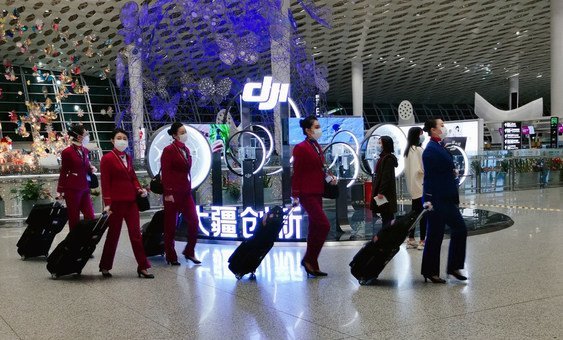 This definition implies a situation that is “serious, unusual or unexpected; carries implications for public health beyond the affected State’s national border; and may require immediate international action”.

Speaking at a meeting of the WHO Executive Board on Monday, the agency’s chief, Tedros Gebreyesus, explained that the decision to announce a PHEIC was made because of signs of human-to-human transmission outside China, and WHO’s concern regarding what might happen if the virus were to spread in a country with a weaker health system. 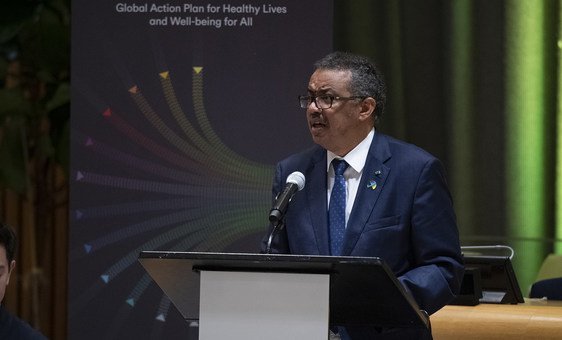 Mr. Ghebreyesus also noted the importance of containing the virus in China: “if we invest in fighting at the source, then the spread to other countries is minimal and also slow. If it’s minimal and slow, what is going outside can also be controlled easily. It can get even worse. But if we give it our best, the outcome could be even better”.

Several countries have already put travel restrictions in place, but Mr. Ghebreyesus pointed out that WHO is not recommending measures that “unnecessarily interfere with travel and commerce”.

The WHO chief called on all countries to implement decisions that are “evidence-based and consistent”, support nations with weaker health care systems, accelerate the development of effective vaccines, and “invest in preparedness, not panic”.

With the virus now present in some 23 countries, international solidarity is of utmost importance, said Mr. Tedros, because “we are all in this together, and we can only stop it together”.

What is a coronavirus?

Coronaviruses consist of a core of genetic material, enclosed within an envelope of protein spikes, which resembles a crown (or, in Latin, corona). They are a large group of viruses that cause respiratory diseases and, sometimes gastrointestinal symptoms.

Diseases can range from the common cold to pneumonia, which can be fatal. In most people symptoms are mild, but some types can cause severe disease.

It has been estimated that 20 per cent of patients infected with the novel coronavirus 2019-nCoV have severe symptoms. People who have other health problems (such as asthma, diabetes and cardiovascular disease) are particularly vulnerable.

How deadly is novel coronavirus? 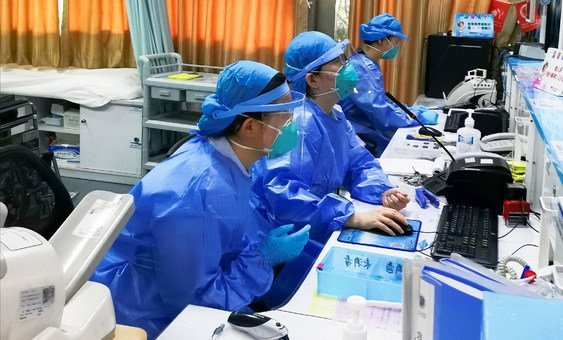 As of Monday February 3, 361 people had died from novel coronavirus (2019-nCoV). This represents about 2 per cent of cases. By comparison, around 25 per cent of MERS cases resulted in the death of the patient.

However, at this stage it is still too early to determine how deadly the virus is: thousands of patients are being tested, with around 2,110 in a serious condition, and it is not yet known how these cases will evolve.

Where does the virus come from?The first cases of novel coronavirus occurred in a group of people with pneumonia, linked to a seafood and live animal market in Wuhan, where many fish, reptiles, bats and other live and dead animals were traded. The disease then spread from those who were sick, to family members and healthcare workers.

Coronaviruses circulate in a range of animals and can sometimes make the jump from animals to humans, via process known as a “spillover”, which can occur due to a mutation in the virus, or increased contact between animals and humans.

It is not yet known how novel coronavirus was first transmitted to humans: in the case of MERS, it is known that people caught the virus via direct or indirect contact with infected camels, and SARS originated in civet cats.

Is the virus transmitted from person to person? 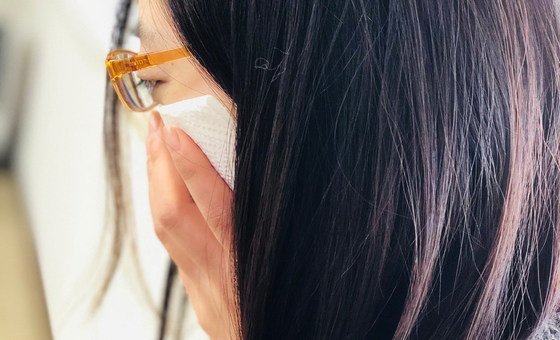 The transmission of the virus from person to person has occurred mainly in the city of Wuhan, the epicenter of the outbreak, but also in other parts of China and outside the country.

The exact way that the disease is transmitted is yet to be determined but, in general, respiratory diseases are spread via drops of fluids when someone coughs or sneezes, or by touching a surface infected with the virus.

According to Chinese scientists, people who get the virus are contagious even before they show symptoms. The incubation period –  the period from when the infection occurs until symptoms develop – is between 1 and 14 days.

How fast is the virus spreading?

A large number of new cases are being reported on a daily basis (in the 24 hours period between February 1 and February 2, for example, over 2,590 new cases were confirmed in China), but this is not surprising, as more and more controls are being put in place to detect and confirm infections.

The total number of cases is expected to be much greater in the coming weeks.

What can I do to protect myself?

There is no vaccine currently available to treat novel coronavirus, but WHO is recommending several precautionary and hygienic measures. For example:
•    Avoid direct contact with people suffering from acute respiratory infections,
•    Wash your hands frequently, especially after direct contact with sick people or their surroundings,
•    Avoid direct contact with farm animals or wild animals, living or dead,
•    People with symptoms of a severe respiratory infection should try to keep their distance from other people, and cover their nose and mouth when sneezing or coughing.

Detailed information on novel coronavirus, including daily situation reports, can be found on the WHO website.