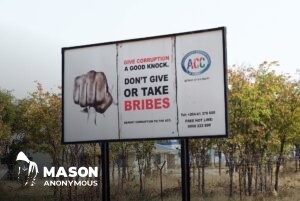 “Corruption and tax avoidance are rampant. Too many banks are in cahoots and too many Governments are stuck in the past”, said Dalia Grybauskaitė, co-chair of the High-Level Panel on International Financial Accountability, Transparency and Integrity to Achieve the 2030 Development Agenda (FACTI Panel) and a former president of Lithuania.

The Panel welcomes the commitment from @PakistanPR_UN to bring forward our recommendations into the intergovernmental process. Our interim report, published today, analyzes the gaps, vulnerabilities and impediments in the current system. https://t.co/eRly8j5dNc https://t.co/tSoQSOcpaw

“We’re all being robbed, especially the world’s poor”, she added.

The panel was established by the 74th President of the General Assembly and the 75th President of the Economic and Social Council, and consists of former Heads of State and Government, past central bank governors, business and civil society leaders and prominent academics.

As Governments debate the problem and solutions, the world’s poor are being drained by taxes, corruption and financial crime.

According to the FACTI report, diverted resources that could be used for the poor include $500 billion in Governments losses annually from profit-shifting enterprises; $7 trillion in private wealth hidden in haven countries – with 10 per cent of world GDP held offshore; and some $1.6 trillion in money laundering each year.

The panel upheld that Governments must do more to tackle tax abuse and corruption in global finance.

The report spells out that global finance controls have not kept pace with a globalized, digitalized world and that criminals have exploited the pandemic as Governments relaxed controls to speed up healthcare and social protection.

“Our weakness in tackling corruption and financial crime has been further exposed by COVID-19”, said FACTI co-chair and ex-Prime Minister of Niger Ibrahim Mayaki.

“Resources to stop the spread, keep people alive and put food on tables are instead lost to corruption and abuse”, he attested.

The FACTI Panel called for a more coherent and equitable approach to international tax cooperation, including taxing the digital economy and more balanced cooperation on settling disputes.

He pointed out that a lack of transparency and accountability “sharpen inequalities and erode human rights”, leaving women, children, poor and vulnerable populations to suffer most.

“These issues are particularly challenging when you consider our efforts to recover from COVID-19, and our 10-year challenge to achieve the SDGs [Sustainable Development Goals]”, he continued.

“The pandemic has further exposed and underscored the systemic challenges, such as those in the report, that delay or impede our ability to deliver”.

We’re all being robbed, especially the world’s poor — FACTI co-chair

The Assembly president underscored the need to strengthen collective efforts to enhance financial accountability, transparency and integrity as being “critical to accelerating action and financing the SDGs”.

He remined that FACTI Panel analyses will contribute to a special session on corruption that the Assembly will convene next year, saying, “we must begin these conversations now”.

Mr. Bozkir cited illicit financial flows as “a prominent example” of a global challenge that requires multilateral solutions, one of his main priorities.

“Creating a global economic system characterized by financial accountability, transparency, and integrity will bring enormous benefits to efforts to achieve the SDGs – all the more pressing under the shadow of COVID-19”, he concluded.