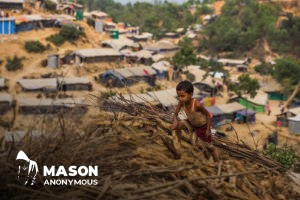 The cyclone lashed the coast with maximum wind speeds of up to 175 kilometres per hour (125mph), heavy rainfall and coastal flooding, with 28 million people living along the route of the massive storm.

Highlighting the zero-casualty cyclone preparedness policy of the Indian Government, Denis McClean, a spokesperson for the UN Office for Disaster Risk Reduction (UNISDR), said that “the almost pinpoint accuracy of the early warnings from the Indian Meteorological Department had enabled the authorities to conduct a well-targeted evacuation plan, which had involved moving more than one million people into storm shelters”.

Local authorities are accommodating evacuees in over 4,000 shelters, including 880 specially designed to withstand cyclones.

“Schools were shut, airports closed, and transport suspended, and although damage to infrastructure was expected to be severe, there were no reports of any deaths”, Mr. McClean added.

According to the World Metereological Organization (WMO), the forecast on Friday was that Cyclone Fani “would move north-northeast towards Bangladesh where there were concerns about the effects of potential coastal flooding”.

#CycloneFani made landfall close to Puri in Odisha, with max wind speeds 180-190 km/h( Cat 3 equivalent) and is forecast to move NNE and weaken as it moves towards West Bengal and then on to Bangladesh (Saturday), per @Indiametdept pic.twitter.com/LeKwmiORnv

“The impact (is) expected to be less severe in areas such as, for example, Cox’s Bazar, WFP’s spokesperson Claire Nullis added, which is home to the world’s largest refugee camp, populated mainly by Rohingya who have fled northern Myanmar.

The UN refugee agency, UNHCR, and the International Organization for Migration, IOM, were also taking measures to ensure the protection of families during the expected heavy rains and strong winds.

In an interview with UN News, IOM Deputy Chief of Mission in Bangladesh, Manuel Pereira, said that ‘tie-down kits’ were being distributed to secure houses and shelters for the past two weeks, and underlined that they were working to “avoid any loss of lives”.

The World Food Programme (WFP) said in a statement that its staff had been completing engineering and disaster risk reduction work around Cox’s Bazar, to make the camps safer and more accessible, during the monsoon and cyclone seasons.

Spokesperson Hervé Verhoosel added that extra stocks of food and prepositioned supplies were in place, in case of any impact and teams were monitoring the potential impact on the refugee camps.

Bangladesh is home for 900,000 Rohingya refugees in Bangladesh, most of whom fled Myanmar in 2017.