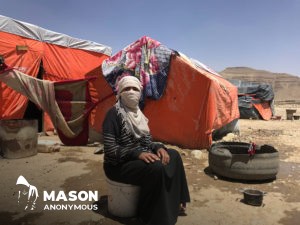 Echoing a statement on the atrocity by Lise Grande, UN Resident Coordinator in Yemen, Mr Laerke noted that “preliminary reports we have last night indicate that five children had died and 16 more were wounded. Additional casualties including healthworkers have been recorded.”

Details of the attacks on Sana’a remain scant, Mr. Laerke added, in an update to journalists in Geneva on Friday. “I have no indication yet of the exact locations where they hit,” he said, adding that several locations suffered damage.

The OCHA Spokesperson’s comments follow an appeal by United Nations Children’s Fund (UNICEF) to the UN Security Council on Wednesday to save the lives of 15 million children across the war-torn country.

More than four years of fighting have left at least 7,300 children killed or seriously injured, Henrietta Fore, head of the UN Children’s Fund, told the Council’s 15 members, noting that as these were officially verified figures, the true numbers “are no doubt higher”.

Every day, as a Yemeni Government coalition fights for control of the country against Houthi opposition forces, “another eight children will be killed, injured or recruited”, she said, with a child dying from a preventable cause, every 10 minutes.

Refugees among the victims: UNHCR

Also in Geneva, the UN refugee agency, UNHCR, appealed for combatants to respect the protection of civilians and respect their obligations under international humanitarian law.

“Refugees are known to be among those injured and affected”, said spokesperson Andrej Mahecic. “A Somali refugee woman and her daughter are among those now receiving critical treatment in a hospital”, he explained, adding that there are more than 275,000 refugees, asylum seekers and migrants in the country, and more than nine in 10 are from the Horn of Africa state.

Amid ongoing insecurity in Yemen, millions remain on the brink of starvation, as access problems hinder the work of humanitarians to deliver food, fuel and medicines.

The majority of these supplies are imported via the country’s embattled Red Sea ports of Hudaydah, Saleef and Ras Issa, from where Houthi opposition militia – also referred to as Ansar Allah – redeployed earlier this week under the UN-led agreement sealed last December, UN Special Envoy Martin Griffiths told the Security Council on Wednesday.

“This progress will allow the United Nations to play the leading role given to it in supporting the Yemen Red Sea Ports Corporation in management and inspections at the ports, including enhanced monitoring by the UN Verification and Inspection Mechanism,” Mr. Griffiths said.

Underscoring the UN’s willingness to help with the running of Hudaydah port, the Special Envoy noted that a UN Development Programme (UNDP) team was heading to the port to install lights to help ships berth safely, to repair facilities and provide support for 4,000 people in the city carrying out public works.

Providing an update on the status of Hudaydah’s damaged Red Sea Mills, where millions of tonnes of wheat have been inaccessible until recently owing to the fighting, spokesperson Herve Verhoosel from the World Food Programme (WFP) said that repairs to silos and machinery were nearing completion.

“We need more access because we need to come with additional trucks and machinery to the mills,” he said. “We have taken another route this time to access the mills than the time before to avoid the frontline; that was easier to come from the other side. That is potentially what we will do for the future access also.”

As long as WFP’s operations are able to proceed unimpeded, “we hope in the near future we will be able to start milling the wheat and then begin transporting it to the people who need it most”, Mr. Verhoosel added, in an appeal for “continued, sustained safe passage” for the UN staff.