A 20-second shut down of the Chernobyl nuclear power plant on 26 April 1986, created a surge that led to a chemical explosion, which released nearly 520 dangerous radionuclides into the atmosphere. As a result, large parts of the former Soviet Union were contaminated; territory which now lies within the borders of Belarus, Ukraine and Russia, according to the UN.

Marking the 35th anniversary of the accident, Secretary-General António Guterres said that together, “we can work to prevent and contain [disasters]… support all those in need, and build a strong recovery”.

As one of the most serious nuclear accidents in history, nearly 8.4 million people in the three countries were exposed to radiation, according to the UN.

Some 350,000 were forced to leave their homes in severely contaminated areas, which left a deeply traumatic and lasting impact on their lives: “Their suffering must not be forgotten”, said the top UN official.

He also pointed to the anniversary as an occasion to recognize the recovery efforts led by the three governments as well as the work of “scientists who sifted through the evidence” to provide important analysis that has informed emergency planning and reduced risks.

A legacy of assistance

While the Organization had helped the people in the areas surrounding Chernobyl at the onset, four years after the accident the Soviet Government acknowledged the need for international assistance.

That same year, 1990, the General Assembly adopted a resolution calling for “international cooperation to address and mitigate the consequences at the Chernobyl nuclear power plant”. This began the UN’s participation in the recovery effort.

In 2002, the world body announced a shift in the Chernobyl strategy, with a new focus on a long-term developmental approach.

And in 2019, a new safety casing over the old shelter was completed and given to the Government of Ukraine. It was achieved with €2.2 billion in donations from over 45 nations.

The UN said the milestone one of the largest ever seen projects in terms of international cooperation in the field of nuclear safety.

Working for ‘the common good’

He cited that the number of small and medium-sized businesses operating in areas directly affected by the disaster has risen from 2,000 in 2002 to 37,000 today.

And thousands of residents, community leaders and doctors have been trained on health risks and promoting healthy lifestyles.

The Chernobyl disaster was contained by governments working with academics, civil society and others, “for the common good”, the UN chief said.

“It holds important lessons for today’s efforts to respond to the COVID-19 pandemic”, he concluded. 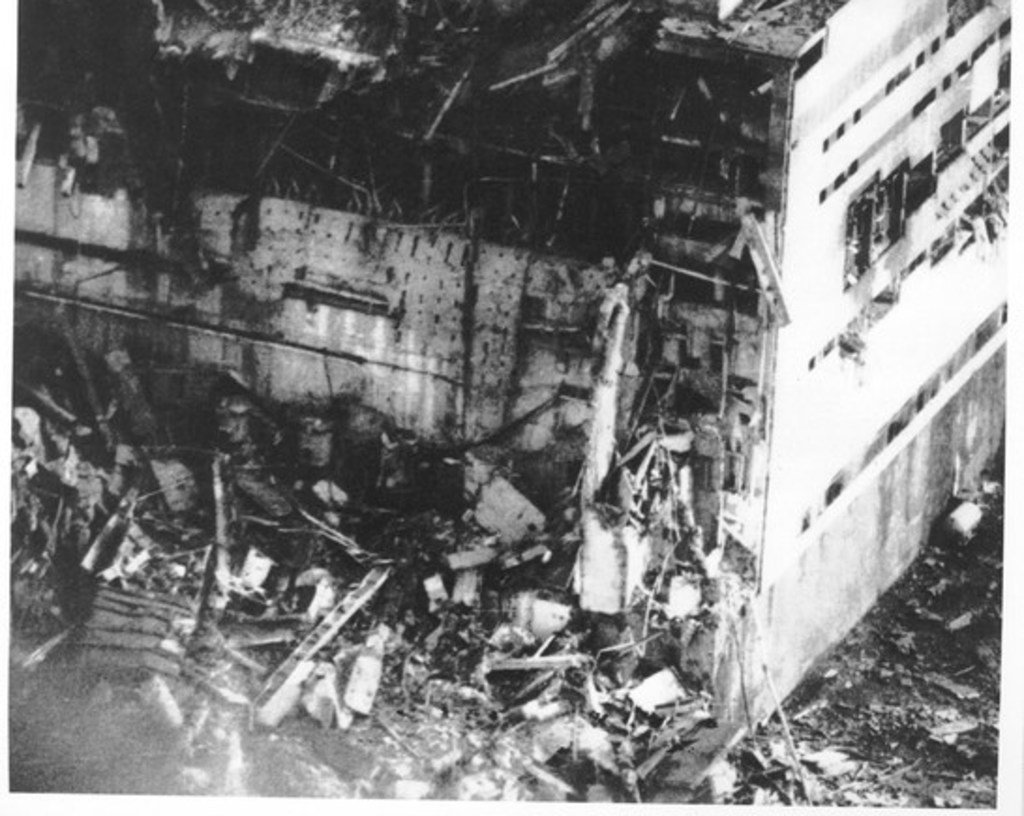 National Chernobyl Museum/Anatoliy Rasskazov
The accident at the Chernobyl nuclear power plant on 26 April 1986 was one of the most serious nuclear accidents ever.