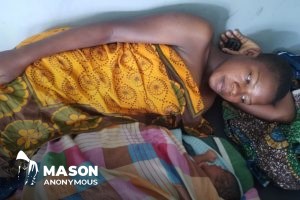 Marking the International Day on 23 May to end the almost entirely preventable condition, the head of the UN’s sexual and reproductive health agency, UNFPA, said that sufferers continue to “face devastating social stigma”.

“Shame, isolation and segregation are among the indignities faced by the hundreds of thousands of women and girls worldwide who suffer from obstetric fistula”, said Dr. Natalia Kanem, UNFPA’s Executive Director, in a statement issued on Thursday.

Obstetric fistula is one of the most serious injuries that can occur during childbirth, leaving a hole between the birth canal and the bladder or rectum, caused by prolonged, obstructed labour, without treatment.

It’s estimated that some 50,000 to 100,000 new cases develop worldwide every year, but most occur among women living in poverty in cultures where a woman’s status and self-esteem may depend almost entirely on marriage and her ability to bear children.

“The girls and women afflicted by the condition, which is preventable and largely treatable, are often plagued by chronic incontinence” Dr. Kanem underlined. Sufferers often enduring depression, social isolation and deepening poverty, while many women live with the condition for years, because they cannot afford treatment.

The average cost – including surgery, post-operative care and rehabilitation support – is around $300 per patient. Persistence of fistula “is a sign that health systems are failing to meet women’s essential needs”, Dr. Kanem added.

Every year, some 3,000 Tanzanian women develop obstetric fistula, according to estimates by Comprehensive Community-Based Rehabilitation in Tanzania (CCBRT), an NGO that is one of the country’s largest providers of disability and rehabilitation services.

Between 2009 and 2011, UNFPA partnered with CCBRT to conduct a pilot study on obstetric fistula. They found that high transportation and accommodation costs prevented many fistula-afflicted women from seeking treatment.

With financial support from UNFPA, CCBRT launched a network of fistula ambassadors, in which ‘ambassadors’ in rural communities identify affected women and help to get them treatment.

No woman or girl should be deprived of dignity, hopes, dreams

Calling for more investment and support to eliminate the condition, the UNFPA chief said that “their inability to receive prompt medical treatment not only deprives them of their health and dignity” but is also “a violation of their human rights”.

UNFPA leads the Campaign to End Fistula. Since 2003, the UN agency has supported over 100,000 fistula repair surgeries, and campaign partners have supported thousands more, enabling women and girls in more than 55 countries across Africa, Asia, the Arab region and Latin America to regain hope and rebuild their lives.

“It is time for the world to heed the call made by United Nations Member States in the 2018 United Nations Resolution on Ending Fistula in which they committed to eradicating the condition within a decade. Yet, achieving this goal requires increased investments, innovations and partnerships”, said Dr. Kanem.

The prevention and treatment of obstetric fistula contributes to achieving Sustainable Development Goal 3, of the SDGs, dedicated to ensuring healthy lives; in this case, improving maternal health.