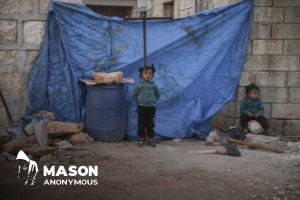 The Secretary-General’s comments come amid reports of aerial attacks on population centres and civilian buildings within a demilitarized zone that has been guaranteed since last September by Russia and Turkey, in southern rural Idlib and northern rural Hama.

In a statement, Mr. Guterres was said to be “alarmed” at news that hundreds of civilians had been killed and injured in intensifying fighting between Syrian Government forces supported by their allies and armed opposition forces including ISIL terrorist group-affiliate, Hayat Tahrir al-Sham.

And in a call for all parties to uphold international humanitarian law and protect civilians as the holy month of Ramadan begins, he noted that three health facilities were reportedly hit by airstrikes on 5 May, “bringing the total to at least seven struck since 28 April”.

Echoing his concern, the UN human rights office (OHCHR) in Geneva said that nine schools have also reportedly been hit since 30 April.

“According to information gathered by our office, at least 27 civilians have been killed and 31 injured since 29th of April, although there are other estimates out there which are much higher,” OHCHR spokesperson Ravina Shamdasani said. “These are just the numbers that we have been able to fully verify, and this includes many women and children.”

Noting that “at least 11 hospitals or medical facilities have been hit by airstrikes and ground-based strikes in northern Hama and southern Idlib” in recent days, Ms. Shamdasani warned that the situation for civilians was becoming increasingly precarious.

“Yesterday, on 6 May, Government forces started to advance on the ground and captured villages from non-State armed groups in northern Hama,” she said.

“Additionally, non-State groups carried out counter attacks in Latakia, so the violence is very much escalating.”

Since September last year, at least 323,000 people have been displaced by fighting in Syria’s north-west, according to UN humanitarian coordinating office, OCHA.

“The intensified military offensive has further resulted in the displacement of tens of thousands of people who are repeatedly displaced and have had to move further north towards northern and eastern rural Idlib and northern and western rural Aleppo, seeking safety,” Ms. Shamdasani said.

Across Syria, more than eight years after fighting began that has claimed hundreds of thousands of lives, OCHA believes that 6.2 million people remain internally displaced. Their resources are increasingly depleted and more than eight in 10 individuals live below the poverty line.

For 2019, the UN and humanitarian partners are calling for $3.33 billion to provide critical life-saving and life-sustaining assistance to 11.7 million Syrians.