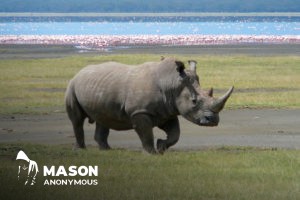 At its latest three-yearly conference, the UN-backed Convention on International Trade in Endangered Species of Wild Fauna and Flora (CITES) revised the trade rules for dozens of species brought low by unstainable trade linked to overharvesting, overfishing and overhunting.

In her closing comments, CITES Secretary-General Ivonne Higuero welcomed the fact that signatories to the Convention had supported wildlife trade that is “sustainable, legal, traceable”.

She also warned against complacency in the face of illegal trading linked to criminal gangs operating online.

From fish to trees and mammals, 183 parties hear species’ survival is essential to planet

“Humanity needs to respond to the growing extinction crisis by transforming the way we manage the world’s wild animals and plants. Business as usual is no longer an option,” she said.

From commercially fished species to trees and mammals – including for the first time, giraffes – the 183 parties to the Convention mulled 56 proposals that also extended protection for exotic amphibians and reptiles, which are increasingly popular as domestic pets.

“Although there is often less public awareness of the world’s continuing loss of amphibians, reptiles, birds, and smaller mammals, the survival of these species is essential for the fabric of life on Earth,” Ms. Higuero insisted.

“We must dedicate as much attention to such species as we do to high-value fish and timber and large, charismatic mammals.”

Among the decisions taken at the conference, CITES parties urged Mexico to use its navy to prevent fishing vessels from entering a refuge for vaquitas – a near-extinct porpoise.

Giraffe populations down to just tens of thousands

And in recognition that giraffes are at even greater risk than elephants, with populations declining to just “a couple of tens of thousands” owing to habitat and other pressures, the conference agreed that the world’s tallest animal is likely to be threatened with extinction unless its trade is strictly controlled.

Increased protection measures were voted through for Asia’s smooth-coated and small-clawed otters – which are now listed as threatened with extinction – amid habit loss and possible trade in live animals.

Under the new otter listing, all commercial trade in the two listed species is now prohibited.

The conference also decided to extend protection measures for 18 more sharks including  blacknose and sharpnose guitarfishes, which are highly valued for their fins and already considered endangered by many conservationists.

Shortfin and longfin mako sharks, together with white-spotted and other species of wedgefishes, were also given similar safeguards.

<a href=http://bit.ly/2m1m2TQ>UNEP GRID Arendal/Peter Prokosch</a>
African bush elephants in the Maasai Mara National Reserve, Kenya. Despite increased poaching in many parts of Africa, the elephant population in Mara is presently growing.

On the issue of elephants – whose population has fallen to “a couple of hundred thousand today” according to CITES, the conference rejected proposals to permit the limited trade in ivory from African elephants, meaning that the existing trade ban remains in place.

But proposed trade in southern white rhino horns from Eswatini (Swaziland) and live animals and hunting trophies from Namibia were rejected in a vote.

Wildlife sustainability through engagement with local and indigenous communities

Emphasizing the need for sustainability in wildlife management, CITES chief Ms. Higuero also noted the willingness of countries to “better engage” with local and indigenous people and to understand their need for adequate incomes and livelihoods.

More than 100 Parties to the Convention spoke on this topic alone, she noted, while underlining that these communities “live on the frontlines of wildlife conservation and sustainable management…without them, CITES will struggle to succeed”.

In a bid to tackle the illegal wildlife trade and its “rapid” move online, Ms. Higuero also welcomed the fact that the conference had focused on the subregions of West and Central Africa, in areas where there is trade in elephant ivory, pangolins, parrots and rosewood.

Another important decision was the decision to establish the CITES Big Cat Task Force, the CITES chief added, its aim being to tackle illegal trade and promote collaboration on conserving tigers, lions, cheetahs, jaguars and leopards.

Highlighting the recognition among countries that they should work more closely with international organizations tasked with tracking down illegal wildlife traders, Ms. Higuero gave the example of one successful enforcement operation that had involved 109 countries.

Codenamed “Operation Thunderball”, it had led to “over 1,800 seizures across all continents, and the arrest of close to 600 suspects.