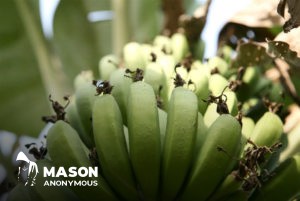 Under FAO’s Technical Cooperation Programme, the project will work to fight the spread of Fusarium wilt, a fungal plant disease that can wipe out plantations of banana crops, upon which millions of people depend for their livelihoods. 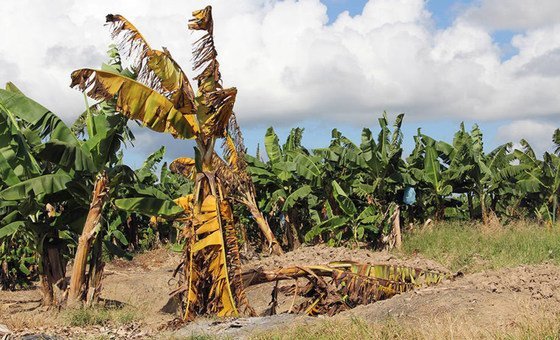 FAO assistant chief and Regional Representative for Latin America and the Caribbean, Julio Berdegué, stressed that “the role of bananas in providing food and household income in this region cannot be understated.”

According to FAO, bananas are the most traded fresh fruit in the world, and the banana sector serves as an essential source of employment and income for thousands of rural households in developing countries. While India is the top banana producing country in the world, the Latin American nations of Brazil, Ecuador, Costa Rica, Mexico and Colombia rank among the top 10, with Ecuador leading the world in banana exports.

The TR4 (Tropical Race, 4) strain of the fungus Fusarium oxysporum f.sp. cubense was first detected in Ecuador’s neighbor, Colombia, in July, where 175 hectares of banana farms were put under quarantine by the Instituto Colombiano Agropecuario (ICA), an entity looking after the country’s agriculture and fishing sectors.

FAO warned that the possibility of the disease spreading “would have devastating impacts for farmers and their families across the region.”

Bananas are of particular significance in some of the least developed and low-income countries, where beyond contributing to household food security, they generate income as a cash crop.

For some small farmers, banana crops account for 75 per cent of their total monthly income, FAO reports.

The world’s ‘greatest threat’ to bananas

TR4 pathogens deplete plants by attacking the roots and stems, including those of the Cavendish banana variety, one of the globally most popular.

Though harmless to humans, the fungus can easily spread through planting materials, and movement of infested soil particles on shoes, vehicles and in water.

Though research is ongoing, there is no fully effective treatment of soil or plants to control or cure Fusarium disease. In addition, fungal spores are able to lie dormant in soil for more than 30 years, and have proved resistant to fungicides, according to FAO’s World Banana Forum, which addresses the fruit’s sustainability challenges.

For these reasons, TR4 is considered “the world’s greatest threat to banana production.”

To help eradicate the disease, FAO has been providing technical assistance by way of diagnostics and identifying risk pathways.  The agency recommends fortifying soil health and strengthening genetic resources to build resilience to the disease in the future.

Hans Dryer, who heads up FAO’s Plant Production and Protection Division alerted countries to “be vigilant in monitoring and containing any TR4 cases.”

“Only strict observation” can prevent spreading, along with scientific support, early detection and international collaboration, he added.

Limiting the spreading of disease, raising awareness, engaging with farmers and developing disease recovery programmes are some of the concrete efforts FAO is implementing to mend the issue.

A global network on TR4 under the World Banana Forum is under way to help coordinate further technical advice from specialists.

In addition, the International Plant Protection Convention (IPPC), recently held a workshop in Colombia on plant health best practices to prevent spread of the disease.