Mauritania, where the job market has been tight in recent years, has seen many people fall prey to the patter of so-called hiring agents, who sell false promises of lucrative job opportunities abroad, and charge a hefty price for their services.

Mouna*, a mother in her thirties, fell into this trap. A hiring agency told her that they had secured a secretary position for her at the ministry of foreign affairs, in one of the Gulf nations, with a $400 dollar per month salary.

However, when she arrived, the reality was very different: she was forced to work as a maid and babysitter for a family and, when she fell ill, they abandoned her on the streets to avoid paying her hospital bills, and then claimed that she had run away. 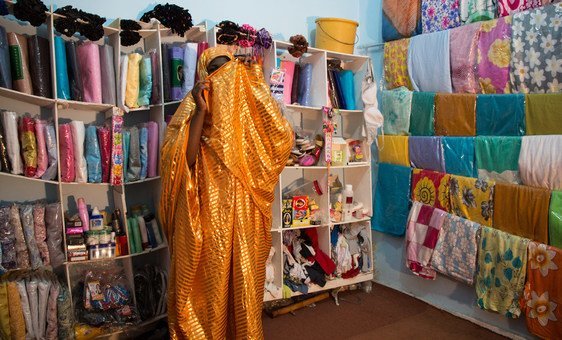 A former victim of human trafficking, by © Sibylle Desjardins / IOM

Mouna’s story is just one example of the many ways that gender interacts with migration. Recognizing this, the UN migration agency, IOM, has been digging into the available data to understand gender-specific migration trends, enabling organizations to launch projects and initiatives that will be effective in reducing inequality and improving the lives of all migrants.

With a number of partners, IOM formed the Counter Trafficking Data Collective, the first global data hub on human trafficking, which gathers research from organizations around the world. The data shows that women make up almost two-thirds of trafficking victims. It also demonstrates that many of them are recruited by intimate partners, family, relative or friends.

IOM’s research has shown that women and girls are disproportionately affected by the lack of options for safe and legal migration. Reasons include unequal access to rights, resources and information. Some countries, for example, place legal restrictions on women’s right to movement, requiring them to get permission from a spouse or male guardian if they want a passport.

And if, given the barriers to safe migration, women decide to take irregular, unsafe, and illegal routes, they are exposed to many risks, often connected to dangerous means of transport, including unsafe travel conditions during sea crossings.

In 2019, IOM recorded the deaths of 501 women during migration. Nearly half of them drowned attempting to cross a body of water. The reasons for deaths during migration on land, include exposure to harsh environments, vehicle accidents and a lack of access to medicine for those who fell ill. 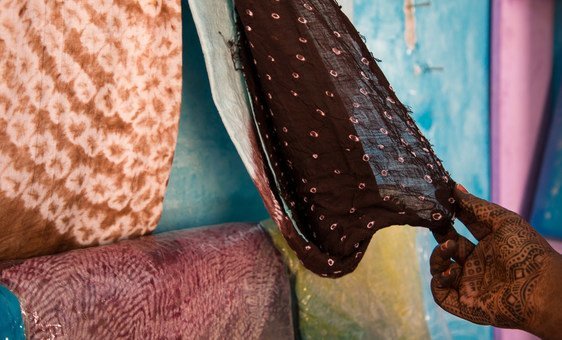 These fatalities were logged as part of IOM’s Missing Migrants Project, part of the agency’s efforts to bring more attention to the circumstances in which women and girls die or go missing during their journey, and bring about policy change so that more migrant women and girls lead lives in dignity and safety.

For Mouna, the nightmare she experienced in the Gulf is over. With the help of an IOM reintegration programme, she has been able to rebuild a new, more successful life back in Mauritania.

The programme supports vulnerable returnee migrants, many of whom spend all of their savings to leave home. As well as providing psychosocial and medical assistance, IOM gave them the financial support they needed to start income-generating activities.

For Mouna, this meant opening a shop selling items for women. Today, she has an expanding customer base, and a growing demand for her products.

“I never thought I would be able to start up a business on my own”, she says. “IOM helped me rebuild my confidence and I am grateful, from the depth of my heart”.