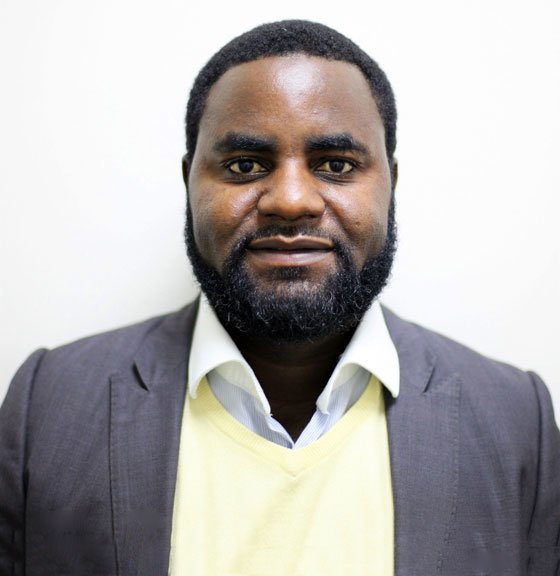 In an interview with UN News, Mr. Chimenya, who leads UNICEF’s communications activities, outlines the problems that he and his colleagues face in raising awareness of the crucial health benefits of polio vaccinations during the COVID-19 pandemic.

“As a young boy growing up in Malawi, I remember being impressed by the positive impact and influence that radio had on my community, and this inspired me to become a broadcaster. By the time I finished my degree, deprivation and the social impact of HIV and AIDS were a burden, and a change in people’s behaviour was clearly important. So, I began working in public health communications.

Early in my career, I worked with international non-governmental organizations in Africa focused on HIV/AIDS and maternal and child health. Since joining UNICEF, I have continued to focus on health communications, including serving in public health emergencies such as the Ebola responses, and with polio vaccination campaigns.

The last pockets of polio resistance

Pakistan is one of only two countries in the world, along with Afghanistan, where polio is endemic. A reluctance to vaccinate is one of the issues that has contributed to sustained polio virus transmission in these countries.
Parents in some pockets of communities refuse vaccines, due to rumours and beliefs they hold. My job is to develop activities that will lead more people to accept vaccines and, eventually, achieve the eradication of the disease in the country.

Thanks to vaccinations, millions of children have been saved from paralysis and long-term suffering in Afghanistan and Pakistan. Additionally, the programme has contained the transmission of the polio virus in the rest of the world, which remains free from the disease.

Despite our achievements, I always get disheartened when polio paralyses a child because we were unable to convince the parents to vaccinate. There’s always the thought that we could have done more to persuade them, and to save the child.

© UNICEF/Syed Mehdi Bokhari
In Lahore, Pakistan, a health worker marks a baby’s finger to show she has received the polio vaccine.

The programme is not just about polio. It’s also about strengthening weak health systems and providing a wide range of essential services for children. These include providing vitamin A supplements, or deworming tablets. In some of the highest risk areas, we also provide basic maternal and child health services that wouldn’t otherwise have been available. This has probably averted many child deaths.

And we have played a crucial role in Pakistan during the COVID-19 pandemic, acting as a first responder, and helping the health system todeliver for the population.

The pandemic meant that I had to switch from ‘regular’ emergency work to dealing with an unknown emergency. We had to quickly adjust, research and know what the virus was all about, because people were coming to us for information. It was overwhelming, extremely busy and stressful. But, in the end, as the situation stabilizes in Pakistan, a sense of pride kicks in for the contribution we have made.

Pakistan is a developing country, with a huge population facing multiple deprivations. My hope is that the world will one day come to a situation where the barriers are broken for every child: that, unlike now, a child born in a remote corner in Pakistan will develop their full potential and have access to all the required basic services. My fear is that it will take society a long time to get there.”