As a boy, Zack Martin’s school teacher told him, he couldn’t get paid for staring out of a window, but the former marine says he proved the teacher wrong by becoming a truck driver and building a successful heavy-load trucking business, Crawler Haulers, in the city of Lafayette in Louisiana.

“I joined the US Marines when I was a young kid and it really made me who I am, as I was taught right from wrong, responsibility and having the focus to do something. The mentality of a Marine is to adapt and overcome. I found it challenging when I left and became an executive sous-chef in a restaurant as I realized that other people, civilians, did not have the same focus to get something done. 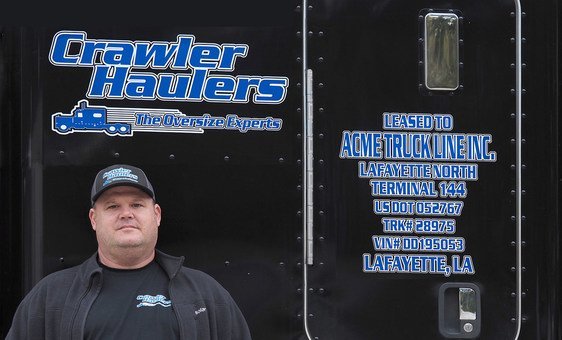 I realized I wanted to be a driver in my early twenties, as a way to be by myself. I fell in love with the job after moving a couple of big loads and then bought a couple of big trailers. My teacher told me I couldn’t get paid for staring out of the window, but that’s what I made career out of; I listen to the radio and stare out of the window and I really enjoy it. I get to travel and see the world.

My customers recognize my work ethic and appreciate that I do things right, without cutting corners. I am patient and I also have to look outside the box, as I have to get a lot of crazy loads into crazy spots.

Many people would say “man that’s impossible”, but there is always a way, you just need to figure it out.

Truck drivers are really good time managers; they have to work out food, bathroom and refueling stops and if that is timed wrongly, it can cost a lot of time. A driver is paid for the miles driven every day, so making multiple stops will cost time and money.

Now I have a great family of 11 employees, it’s a team which works well together and the business keeps on growing. I feel a strong responsibility towards my employees as I feel I’m providing jobs for them which support their families. As long as I can feed them and their families, I am happy.

Technology has made this job easier and safer. When I started in 1997, I had a pager, there were no mobile phones, so when I was paged, I had to take a roll of quarters and search for a payphone and find out what was going on, whether I need to change my plan. We also only had paper maps, there was no Google Maps for planning routes for finding rest stops, for example. 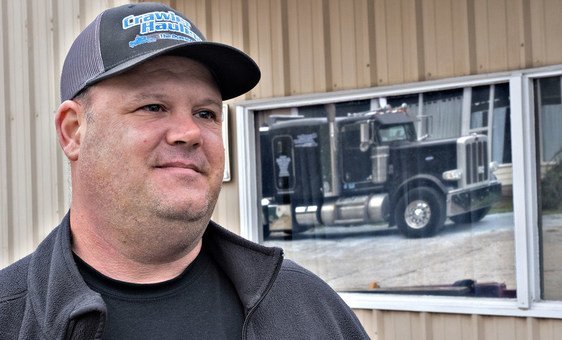 Zack Martin began driving trucks in 1997 and now he runs his own company with 11 employees. ILO Photo/John Isaac

Electronic logging devices (ELD) in the trucks means drivers are also taking rest breaks. In the future, I think driverless trucks could operate on dedicated lanes, say between Houston and New York, or between retail distribution centres. But I don’t think that will happen for a very long time for local trips or for what we do, the heavy loads.

I no longer drive, I wish I did; I run the logistics side of the business. I look to my drivers to tell me what they think about a particular situation; for example, can you make this turning with this load?   So, teamwork is important, you need to trust other people. I started off driving because I wanted to be alone and now, I have learned to manage a team to listen to the problems of my employees and to understand people.