“It continues to be a driver of persistent inequality…to deny people their fundamental human rights”, added Secretary-General António Guterres in an address to the General Assembly, marking the International Day for the Elimination of Racial Discrimination.

Realizing the vision of a world free of racism & racial discrimination demands action every day, at every level, in every society. pic.twitter.com/IK12F99X47

He argued that racism destabilizes communities worldwide, “undermines democracies, erodes the legitimacy of governments, and stymies an inclusive and sustainable recovery from COVID-19.”

Commemorated annually on 21 March, he described the day as “both a day of recognition and an urgent call to action”.

The top UN official drew attention to the links between racism and gender inequality, pointing to overlapping and intersecting discrimination suffered by women of colour and minority groups.

Moreover, he continued, “no country is immune from intolerance, nor free of hate.”

This year’s theme – “Voices for Action against Racism” – calls on everyone to listen closely, speak out loudly, and act decisively.

“We all have a responsibility to engage in solidarity with movements for equality and human rights everywhere. And we must extend solidarity to everyone fleeing conflict,” said the UN chief, urging the world to “speak out against hate speech – offline and online.”

He upheld the need to defend civic space by protecting free expression and assembly, describing it is “the bedrock of pluralist, peaceful and inclusive societies”.

Mr. Guterres called for a rights-based social contract “to tackle poverty and exclusion, invest in education, and rebuild trust and social cohesion.”

“We must listen to those experiencing injustice and ensure their concerns and demands are at the centre of efforts to dismantle discriminatory structures,” he insisted.

He made a case for “reparatory justice” to realize racial equality and atone in a substantive way for centuries of enslavement and colonialism.

“Historical injustices manifest themselves in poverty, underdevelopment, marginalization, and social instability for entire communities and countries,” he reminded. “It is time to recognize and repair longstanding wrongs”.

It is time to recognize and repair longstanding wrongs — UN chief

A just future, requires mending a discriminatory past, in line with international human rights obligations and commitments, he said.

The UN chief encouraged States to accelerate racial justice and equality through the Durban Declaration and Programme of Action; the International Convention on the Elimination of All Forms of Racial Discrimination; the Agenda Towards Transformative Change for Racial Justice and Equality; and the UN’s Permanent Forum of People of African Descent.

He called for concrete action through policies, legislation, and “more granular data collection” to support efforts at national and global levels.

The UN has launched its own internal strategic action plan on addressing racism, he reminded, that outlines concrete measures to tackle racism in the workplace through accountability – for which a Special Adviser and Steering Group are due to be appointed. 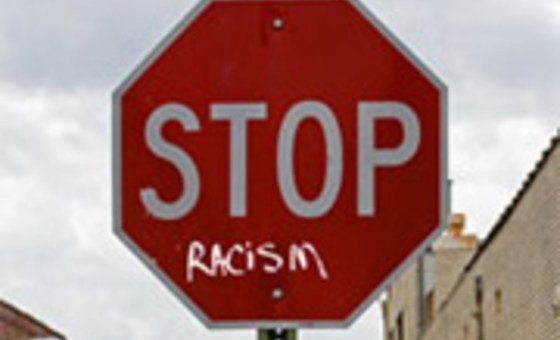 “Together, we are committed to making sure people of every race, ethnicity, colour, gender, religion, creed and sexual orientation, enjoy a sense of belonging and safety, and have an equal opportunity to contribute to the success of our United Nations,” he stated

Action every day, at every level, in every society is demanded to achieve a world free of racism and racial discrimination.
“Let us unite around our common humanity and speak as one for equality, respect, justice and dignity for all,” concluded the UN chief.

Hosting the event, General Assembly President Abdulla Shahid, began by expressing his “deepest concerns” over the violence waged against civilians, and particularly women and girls, in Ukraine.

As families continue to seek refuge and security in new locations, he said, “our thoughts are with the people of Ukraine.”

A goal not realized

Since the day was established more than half a century ago, the elimination of racial discrimination has continued to elude us, Mr. Shahid reminded the participants.

Despite that the International Convention has reached near universal ratification, he observed, “we continue to see an increase in hate speech, intolerance, and racism, especially against minorities.”

“Our moral failure to eliminate racial discrimination is a failure against everything we stand for in the Hall of this Assembly”, he declared.

The Assembly President drew attention to the long-lasting consequences of racial discrimination, noting that the COVID pandemic has served to exacerbate underlying and long-standing inequalities that plague societies at large, including racism, racial discrimination, xenophobia, and other forms of intolerance.

Many marginalized and vulnerable people have lost decades of precious gains, especially in their social, economic, civil, and political lives, he said.

“Let me be clear: Racial discrimination is an overt stereotyping and prejudice that arises from hate speech and hate propaganda,” Mr. Shahid spelled out.

Rather than acknowledging the beauty of diversity, he maintained that racism gives birth to violence and strengthens inequalities.

“We can and we must do better,” said the Assembly president. “We have a moral obligation to tackle racism in all its forms.”

Going forward, he encouraged national governments, civil society organizations, and the private sector to “work together to eliminate racial discrimination.”