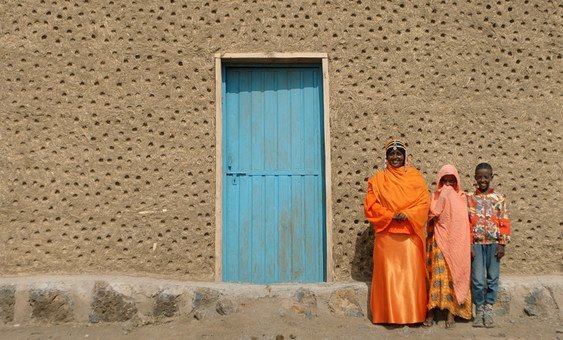 Zahra Mohammed Ahmed, pictured with her son and daughter in the Afar region of Ethiopia, is leading community efforts to end FGM. UNFPA

“My flesh has been taken away, but I can never give away my heart”; those are the powerful words of resolve from Abida Dawud, one of three women survivors of female genital mutilation, or FGM, from Ethiopia, who have been speaking to the UN Population Fund (UNFPA) about their experiences.

The three women, all from the Afar Region of the Horn of Africa country, tell their stories in the hope that they can empower others in their communities to help bring an end to FGM.

The practice which involves injuring the female genitalia for non-medical reasons is internationally recognized as a violation of women’s human rights.

Globally, it’s estimated that some 200 million girls and women alive today have undergone some form of FGM.

Ahead of the International Day of Zero Tolerance for Female Genital Mutilation, marked annually on February 6, watch the three women explain why FGM should be eliminated once and for all.