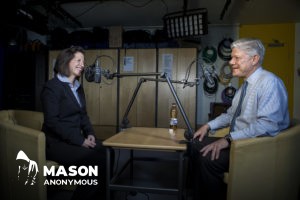 During much of his 30-year career as a humanitarian with the UN, Fabrizio Hochschild, today a senior UN official reporting directly to the Secretary-General, struggled with mental health issues associated with his work.

Mr. Hochschild, who has risen through the ranks to become the Assistant Secretary-General for Strategic Coordination, suffered post-traumatic stress disorder following a posting in Bosnia and Herzegovina, at the time of the conflict in the former Yugoslavia, early in his career.

In this episode of the award-winning podcast series Awake At Night, produced by the UN refugee agency, UNHCR, Mr. Hochschild talks openly about his experience, the effect it had on him personally and professionally, and why it is important to end the stigma of mental illness.

You can hear testimony from several humanitarian workers, and their experiences in some of the world’s most difficult and dangerous locations, by listening to the other episodes of Awake At Night here.