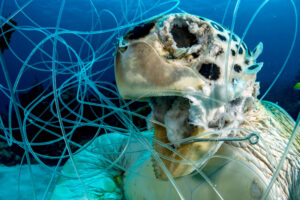 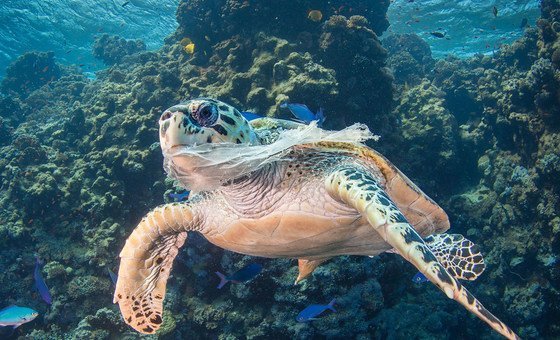 Plastic pollution in the world’s oceans is threatening marine life, by Saeed Rashid

The scale of the problem has now grown so great, that it needs to be tackled urgently, for the sake of both marine life, and the people whose lives depend on it” FAO estimates that some 640,000 tonnes of fishing gear is lost or abandoned in the ocean every year, making up around one tenth of all ocean waste.

As well as killing species such as dolphins, seals and turtles, derelict gear, says the FAO, can alter the seabed and marine environment, putting boats at risk, and can wash up on the beach, becoming a danger to beach-goers and coastal species alike.

You can read more about the dangers of ghost fishing, and FAO’s recommendations for addressing and ending the problem, here.