The statistics are staggering. Fighting has forced some 13 million people, more than 60 per cent of the country’s population out of their homes, and Syrians account for around a quarter of the world’s total refugee population. 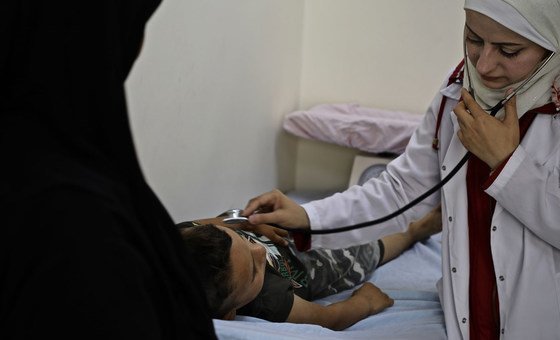 A paediatrician attends to a young boy suffering from malnutrition at the Sakhour health centre in Eastern Aleppo city. (file) , by © UNOCHA/Halldorsson

Unsurprisingly, there is an enormous need for humanitarian aid in Syria: more than 13.4 million people in the country need some sort of relief. At the same time, delivering that aid is a dangerous, sometimes deadly, business: on average, at least two aid workers and eight medical personnel have been killed in Syria every month for the past decade.

OCHA has compiled the numbers here, including heart-rending stories and testimony from some of the many children whose whole lives have been dominated by instability, insecurity and war.