Paul, now 23, says rebels attacked his home and abducted him as he tried to hide under his bed.

The LRA fought a civil war against the Ugandan government from the 1980s onwards and infamously abducted as many as 25,000 children as fighters and forced labourers. 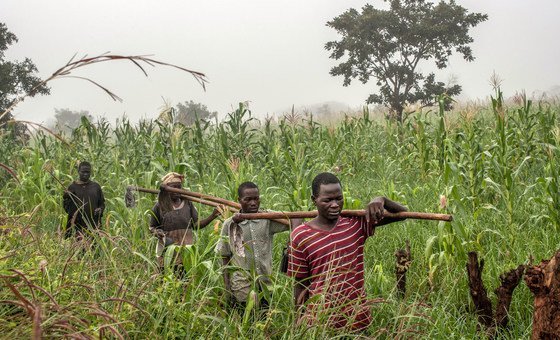 Paul (right) now works on the family farm. Pete Muller for the ICC

Paul (his surname has been omitted to protect his identity) was interviewed as part of an initiative focusing on international justice launched by the UN-backed International Criminal Court (ICC).

The ICC, which is based in The Hague, is the world’s first permanent international court to prosecute some of the most heinous of crimes, including genocide, war crimes and crimes against humanity.

On Thursday at the ICC, Dominic Ongwen a former LRA leader and was found guilty of 61 charges of crimes against humanity and war crimes in the context of the conflict in northern Uganda from 2002-2005.

Read more here about Paul’s life after abduction and conflict.