The COVAX international vaccine initiative requires $4.2 billion over the next two months to ensure that “sooner rather than later”, World Health Organization (WHO)-approved inoculation can get underway in Africa, UN chief António Guterres said.

While expressing his “hope that we will be able to do it before the second quarter”, he acknowledged that several countries have made “an enormous effort” to ensure vaccinations for their own populations while at the same time, the COVAX financing requirements have yet to be fully met.

During the UN-AU meeting, the UN chief observed that the partnership “has never been stronger” and expressed encouragement over the presidential support of Niger, Tunisia and Somalia as well as the Security Council.

He commended the AU, African Member States and the African Commission chair for spearheading a swift and coordinated continental response to the COVID-19 pandemic and for establishing a solid partnership between the World Health Organization (WHO) and the African Centres for Disease Control and Prevention.

But he reminded that “we cannot let our guard down” and must continue to pursue “essential public health efforts to combat transmission, reduce mortality and ease the socio-economic impacts of the pandemic”. 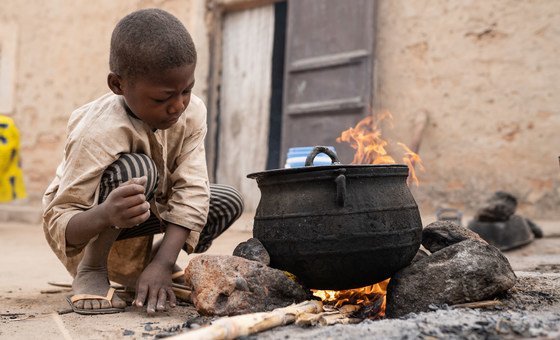 Against the backdrop of terrorist and violent extremist groups exploiting the instability and vulnerabilities heightened by the pandemic, particularly in the Sahel and the Lake Chad Basin, the UN chief pointed out that “we are facing new conflicts”.

Mr. Guterres reaffirmed the UN’s strong commitment to AU peace support operations, and its intention to develop a support model that draws on lessons from existing UN and AU operations in complex conflict environments.

The UN strongly supports the AU’s flagship initiative on Silencing the Guns in Africa, which, he noted, aligns with the global ceasefire appeal that he hopes to further advance.

Despite “significant strides” in UN-AU joint actions in peace operations – as illustrated in Libya, South Sudan, Sudan and Somalia – he underscored the need to discuss how best to advance the call for a global ceasefire to marshal forces instead against the killer virus.

Citing a recent independent assessment that reaffirmed the importance of a strong UN-AU partnership “to address peace and security challenges” and to support the development of the continent, Mr. Guterres acknowledged that there is also room for improvement.

The partnership of the two organizations would benefit from a number of concrete steps, including a further institutionalization of cooperation at every level.

“We must also ensure, through the use of assessed contributions, predictable and sustained financing of AU peace support operations, mandated by the Security Council, under Chapter VII of the Charter”, he upheld, adding his hope for progress on this next year.

Furthermore, the UN chief underscored that “much more should be done to engage women and youth” in the peace and security agenda and that Africa’s youth need “the right skills and means for a better future”. 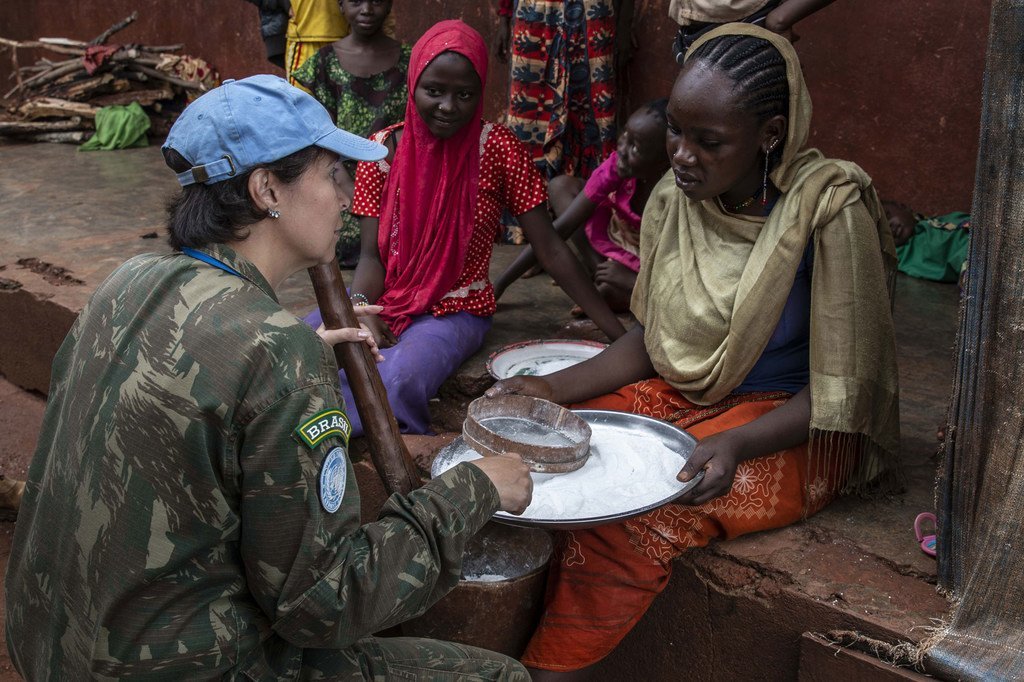 UN Photo/Hervé Serefio
Protecting civilians is a key mandate for many UN peacekeeping operations, including in the Central African Republic.