According to UN trade and development experts UNCTAD, the e-commerce sector saw a “dramatic” rise in its share of all retail sales, from 16 per cent to 19 per cent in 2020.

The digital retail economy experienced most growth in the Republic of Korea, where internet sales increased from around one in five transactions in 2019, to more than one in four last year.

“These statistics show the growing importance of online activities”, said Shamika Sirimanne, UNCTAD’s director of technology and logistics. “They also point to the need for countries, especially developing ones, to have such information as they rebuild their economies in the wake of the COVID-19 pandemic.” 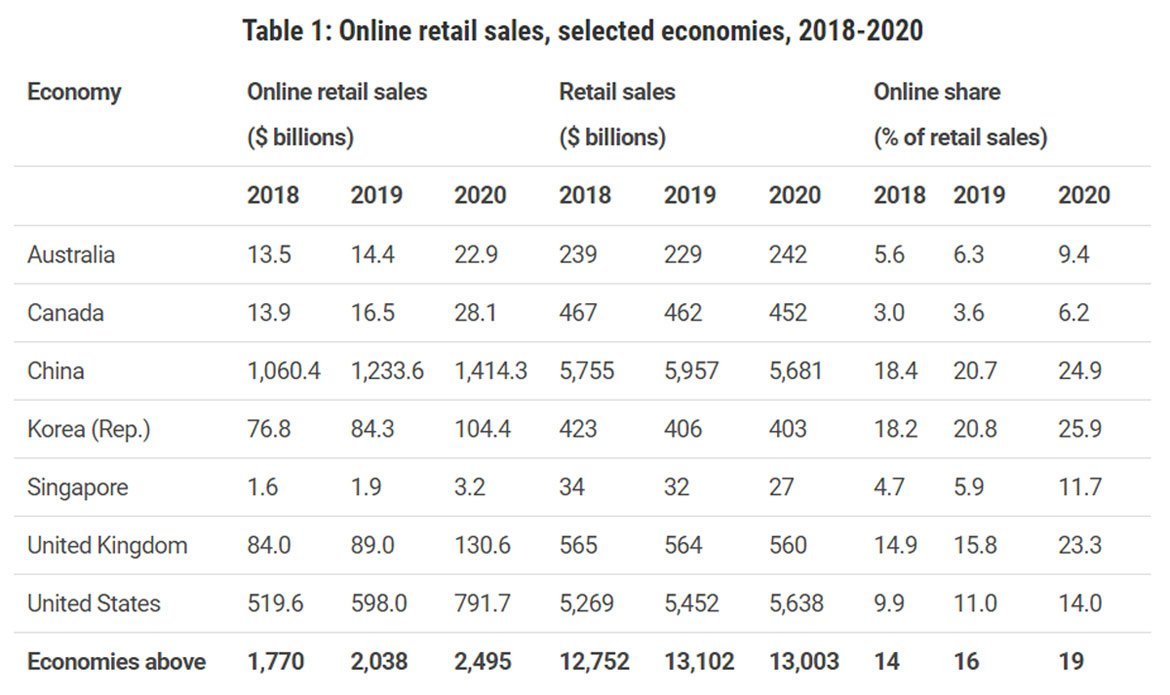 UNCTAD also said that among the top 13 e-commerce firms – most being from China and the US – those offering ride-hailing and travel services have suffered.

These include holiday site Expedia, which fell from fifth place in 2019 to 11th in 2020, a slide mirrored by travel aggregator, Booking Holdings, and Airbnb.

By comparison, e-firms offering a wider range of services and goods to online consumers fared better, with the top 13 companies seeing a more than 20 per cent increase in their sales – up from 17.9 per cent in 2019.

These winners include Shopify, whose gains rose more than 95 per cent last year – and Walmart (up 72.4 per cent).

Overall, global e-commerce sales jumped to $26.7 trillion in 2019, up four per cent from a year earlier, the UN number-crunchers noted, citing the latest available estimates.

In addition to consumer online purchases, this figure includes “business-to-business” (B2B) trade, which put together was worth 30 per cent of global gross domestic product two years ago.