This will be one of the lowest growth rates in recent decades, apart from during the 2007-8 financial crisis and the height of the COVID-19 pandemic.

“In most countries we expect that private consumption and investment will weaken due to inflation and higher interest rates”, said Ingo Pitterle, Senior Economist at the UN Department of Economic and Social Affairs (UNDESA). “Several countries will see a mild recession before growth is forecast to pick up in the second half of this year and into 2024”.

The findings come amid the backdrop of the pandemic, the war in Ukraine and resulting food and energy crises, surging inflation, debt tightening, as well as the climate emergency.

In the near term, the economic outlook is gloomy and uncertain with global growth forecast to moderately pick up to 2.7 per cent in 2024.

However, this is highly dependent on the pace and sequence of further monetary tightening – rising interest rates – the consequences of the war in Ukraine, and the possibility of further supply-chain disruptions.

The report warns that the findings also threaten the achievement of the 17 Sustainable Development Goals (SDGs).

“This is not the time for short-term thinking or knee-jerk fiscal austerity that exacerbates inequality, increases suffering and could put the SDGs farther out of reach. These unprecedented times demand unprecedented action,” said António Guterres, UN Secretary-General.

“This action includes a transformative SDG stimulus package, generated through the collective and concerted efforts of all stakeholders,” he added. 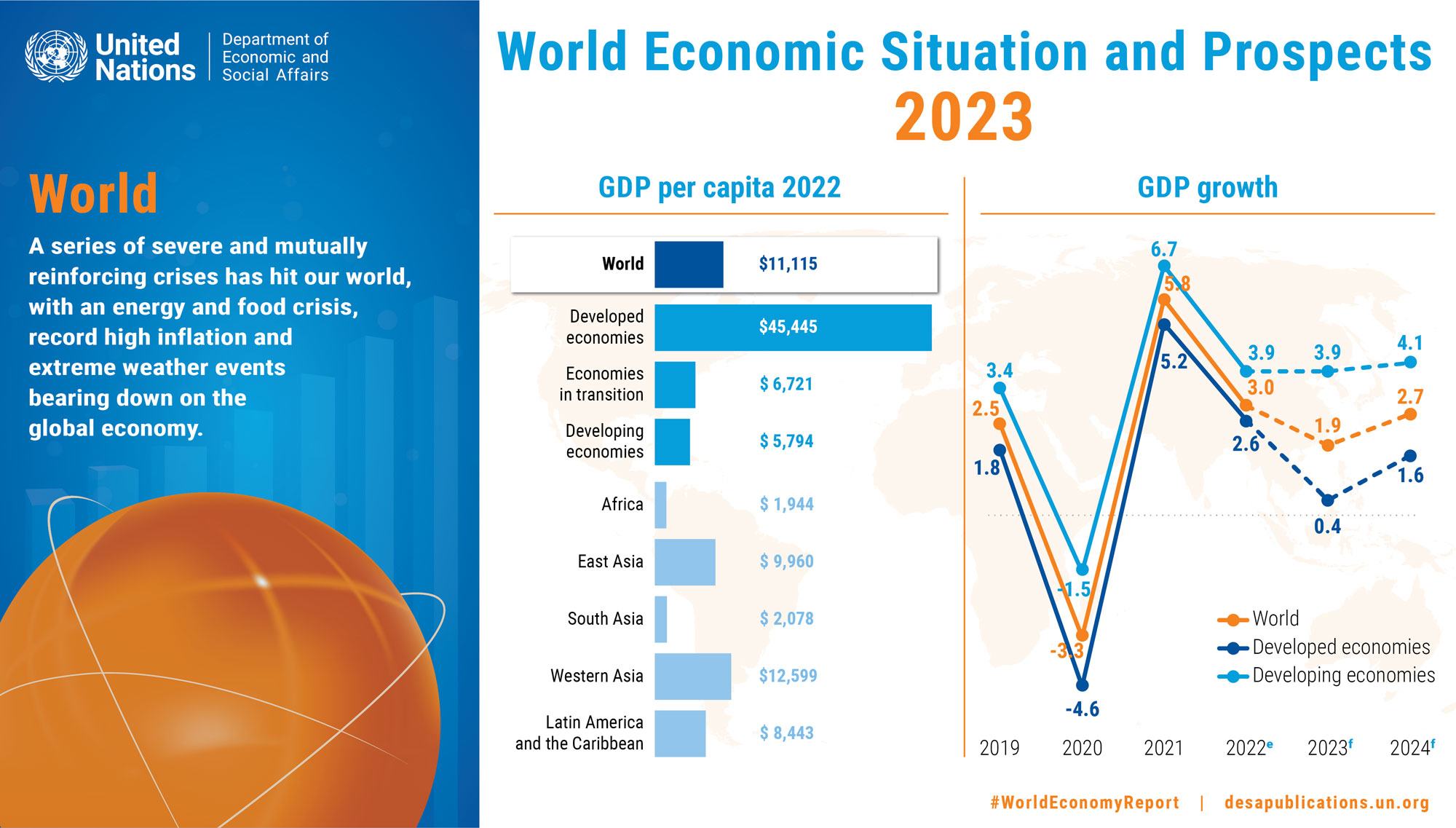 Both developed and developing countries are threatened with the prospects of recession during this year, according to the report.

Growth momentum significantly weakened in the United States, the European Union and other developed economies in 2022. This adversely impacted the rest of the global economy in multiple ways.

The analysis found that over 85 per cent of central banks worldwide tightened monetary policy and raised interest rates in quick succession since late 2021, to tame inflationary pressures and avoid a recession.

The report found that most developing countries saw a slower job recovery in 2022 and continue to face relatively high levels of unemployment.

Disproportionate losses in women’s employment during the initial phase of the pandemic have not been fully reversed, with improvements mainly arising from a recovery in the informal sector.

© UNICEF/Karin Schermbrucker
Women who are part of a female farming cooperative, supported by UNICEF and other UN agencies, tend to their crops in Chipata, Zambia.

DESA points out that already in 2022, the number of people facing acute food insecurity had more than doubled compared to 2019, reaching almost 350 million.

A prolonged period of economic weakness and slow income growth would not only hamper poverty eradication, but also constrain countries’ ability to invest in the SDGs more broadly, it states.

“The global community needs to step up joint efforts to avert human suffering and support an inclusive and sustainable future for all,” said Li Junhua, United Nations Under-Secretary-General for DESA.

The report calls for governments to avoid fiscal austerity, which would stifle growth and disproportionately affect the most vulnerable groups, as well as hinder progress in gender equality and development prospects, for generations.

It calls for reallocation and reprioritization in public spending policy, through direct interventions that will create jobs and reinvigorate growth.

This will require strengthening social protection systems and ensuring continued support through targeted and temporary subsidies, cash transfers, and discounts on utility bills, and can be complemented with reductions in consumption taxes or customs duties, it states. 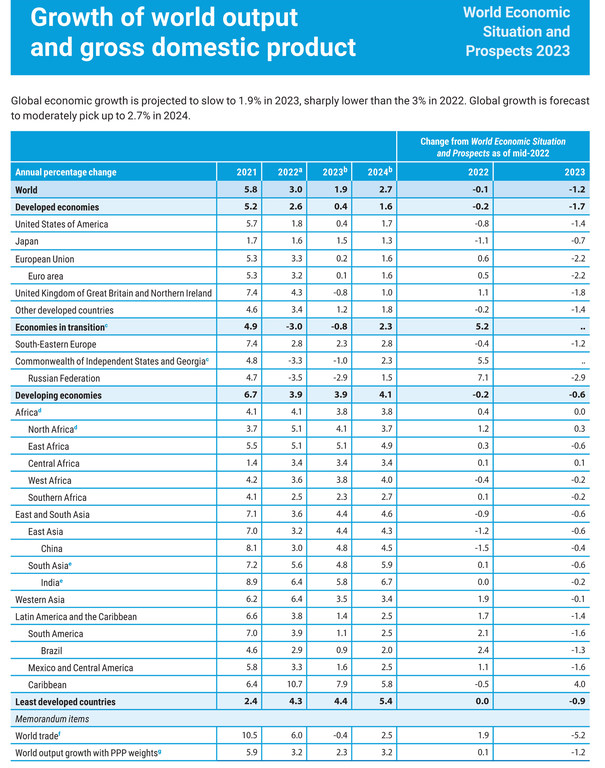 © UNDESA
Based on estimates and forecasts produced with the World Economic Forecasting Model.