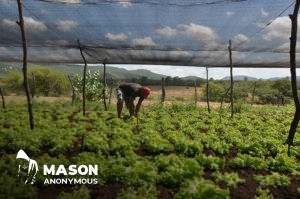 Meeting for two panel discussions, respectively on the theme ‘Financing the SDGs: Moving from words to action’, and ‘Four years of Voluntary National Reviews (VNRs): what have we learned on implementing the SDGs?’ the UN High-Level Political Forum (HLPF) heard a diverse group of speakers underscoring the need to more effectively support poorer countries in reaching development objectives.

Homi Kharas of the Brookings Institution, the morning Panel’s Keynote Speaker, started things off by announcing what Brookings research had found surprising: Government spending on the SDGs has reached $20 trillion and is due to increase, possibly reaching $30 trillion by 2030, the year all countries are expected to have attained the Goals.

Significant gaps emerge between minimum spending needs and actual spending levels — creating a cumulative gap of $840 billion per year. These gaps are heavily concentrated in lower middle-income countries, which also have the largest economies and populations.

They can be filled by honouring pledges to allocate 0.7 per cent of gross national income to official development assistance (ODA). Doing so could yield $200 billion a year, Mr. Kharas explained, while multilateral development banks could unlock a further $1.4 trillion.

“Replenishment negotiations should focus squarely on SDG needs and the ability of organizations to deliver resources to meet SDG outcomes,” Brooking stressed.

As for the second panel, Government officials joined civil society representatives in an interactive discussion exploring the usefulness of the voluntary national review process — namely, the structure through which countries report to the Forum on their progress in implementing the 2030 Agenda.

Moderated by Achim Steiner, Administrator of the UN Development Programme (UNDP), the session heard several speakers welcome the fact that over 150 countries have already submitted reviews.

Some delegates said the stock-taking exercise has helped their Governments improve data collection, address policy inconsistencies and avoid overlap and duplication.  However, others stressed that the reviews have sometimes resembled “travel brochures”, instead of honest examinations of the situation on the ground.

Still others drew attention to a broad lack of civil society participation in the process, with one speaker emphasizing that vulnerable groups — the very reason why the 2030 Agenda was adopted — must not be excluded from its implementation.

Economic and Social Council (ECOSOC) President Inga Rhonda King, along with Maria-Francesca Spatolisano, Assistant Secretary-General for Policy Coordination and Inter-Agency Affairs at the UN Department of Economic and Social Affairs, provided an overview of discussions during the first week of the HLPF.

Ms. King, highlighting key messages, said the global response has not been ambitious enough — and there are worrying trends. Investment in education, quality employment and vocational training is imperative, as are special efforts to integrate women and young people into labour markets.

While the international community is on the right path, no Goal or target should be considered met unless met for all social and economic groups, Ms. Spatolisano said, noting that the Forum’s first five days have reminded participants that they have the means and tools to achieve the 2030 Agenda.