António Guterres also argued that, for the last 20 years, the African Union (AU) “has helped to bring this hope to life, in order to enable the continent to realize its enormous potential.”

The UN chief addressed the 35th Assembly of the Heads of State and Government of the AU, taking place in Addis Ababa this weekend, via a video message.

He is being represented in the Ethiopian capital, by Deputy Secretary-General, AminaMohammed. 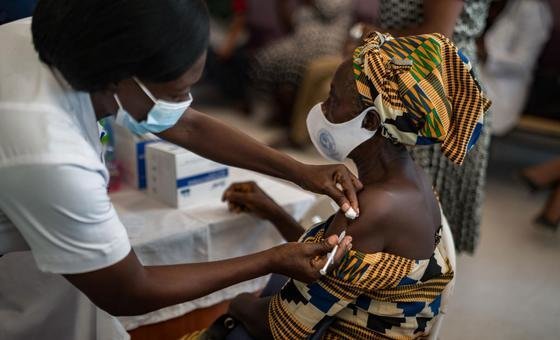 Countries in Africa have accessed vaccines through the COVAX Facility., by WHO

According to Mr. Guterres, the collaboration between the UN and AU “is stronger than ever”, with the 2030 Agenda for Sustainable Development and Agenda 2063 (Africa’s blueprint for a peaceful, integrated and more prosperous continent) as the central pillars.

The Secretary-General argued that “injustice is deeply embedded in global systems”, but it is Africans who “are paying the heaviest price.”

He remembered that the vaccination rate in high-income countries is seven times higher than in Africa and stated that “a morally bankrupt global financial system has abandoned the countries of the South.”

Because of that, Mr. Guterres said, tens of millions of people are displaced across the continent and the democratic institutions are in peril.

The Secretary-General then offered the UN’s support to ignite “four engines of recovery.”

First, he said, everyone needs to get their vaccine.

In this regard, he highlighted the African Vaccine Acquisition Task Force (AVATT) and the benefits that greater vaccine production in South Africa and other African countries will generate.

“I urge you to create the conditions for the number of African countries capable of producing tests, vaccines and treatments to multiply, including by addressing intellectual property issues and providing the technical and finance needed”, he said.

We are in emergency mode, and we need all hands on deck

“But the deck is stacked against Africa. Sub-Saharan Africa is facing cumulative economic growth per capita over the next five years that is 75 per cent less than the rest of the world”, he said.

He called for re-directing Special Drawing Rights – an IMF-created reserve currency asset – to countries that need support now, reform of the international debt architecture, and more concessional forms of finance.

Thirdly, the UN chief pointed to a green recovery across the continent.

The vast continent contributes just 3 per cent of global greenhouse gas emissions, but many of the worst impacts of climate change are being felt there.

“To address today’s tragic reality, we need a radical boost in funding for adaptation and mitigation on the continent”, Mr. Guterres said.

According to him, the Glasgow COP26 commitment to double adaptation finance, from $20 billion, must be implemented, but it is not enough. 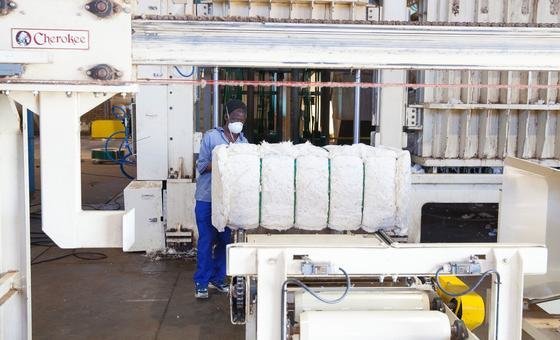 A man works in a cotton factory just outside of Johannesburg, South Africa., by UNCTAD/Kris Terauds

He called on wealthier countries to make good on the $100 billion climate finance commitment to developing countries, starting this year, and hold to account private sector partners who have also made commitments.

“We are in emergency mode, and we need all hands on deck”, he said, pointing to the next UN Climate Conference (COP27), happening later this year in Egypt, as “an essential opportunity for Africa and our world.”

Lastly, the UN chief said peace across the continent can also work as an engine for recovery.

In multi-ethnic, multi-religious and multi-cultural States across Africa, Mr. Guterres believes an organization like the African Union “is about showing how people can co-exist – even flourish – by working together.”

According to him, this requires “inclusive and participatory structures” and so Member States need to make them a reality through good governance.