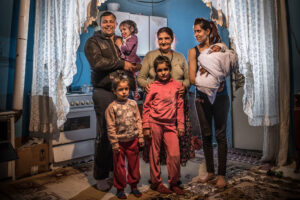 Ahead of International Roma Day on Thursday 8 April, Fernand de Varennes called for more work to be done to control the spread of inflammatory comments on social media.

“Those forms of online hate speech violate international human rights obligations and can lead to violence against Sinti, Roma and other minorities”, he said.

The birth of the World Roma Congress

The first World Roma Congress was held in 1971 near London, as a forum to discuss issues relating to Roma people around the world.

It was seen as a significant push for unity by the minority and an attempt to build a common ethnic identity.

Among the goals of that meeting were improvements in civil rights and education, preservation of the Roma culture and recognition of them a national minority of Indian native origin.

International Roma Day was born in 1990 in Serock, Poland, the site of the fourth World Romani Congress. It is a day to celebrate Romani culture and raise awareness of the issues facing Romani people.

Lack of progress on tackling hate

Despite greater international recognition, Mr. de Varennes highlighted that there has been a lack of progress since last year, when he reflected that hate speech both online and in mainstream media, included the scapegoating of Roma for the coronavirus pandemic.

“Public authorities who not only condoned but actively took part in such vitriol, could contribute to threats to public health and incite unnecessary and future harm,” he said.

According to the rights expert, who reports to the UN Human Rights Council in Geneva, Roma have experienced physical attacks because “hate, bigotry and intolerance towards minorities has become almost normalised, and even politicised, in some countries”.

In his 2020 report on hate speech, social media and minorities, Mr. de Varennes warned that Europe has seen incidents where far-right groups’ hatred against Roma published on social media has led to violence and killings.

The independent rights expert urged states to strengthen measures to combat prejudice, hate speech and discrimination of Roma together and to effectively monitor these measures.

He also called for states, civil society organisations and Roma minorities to “take part in this year’s regional fora which focus on minorities and the prevention of conflict