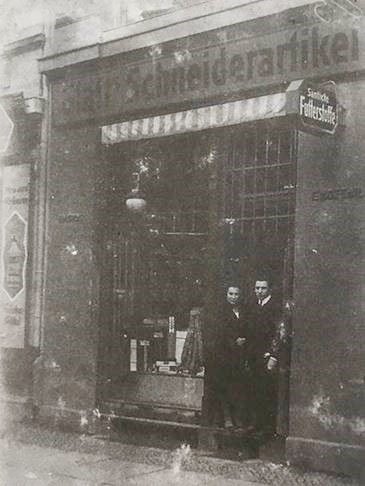 On a Friday night, which marks the beginning of Shabbat, the holy day for Jews worldwide, Freddy Siegfried Glatt gathers with his family in his apartment in the city of Rio de Janeiro, where he performs the Shabbat prayers alongside his children, grandchildren and great-grandchildren.

About to turn 92, he bows before the dinner table full of wine glasses and pieces of bread, and performs the Hadlakat Nerot — the Jewish ritual of lighting candles at dusk.

“I am very grateful to Brazil. I have Brazilian grandchildren and great-grandchildren. On Shabbat, this table is full of people. And small children run around the house making a mess”, he said.

Forced to flee, again and again

The son of a Polish couple, Glatt was born in Berlin in 1928. His family was forced to flee just months after Hitler’s rise to power in 1933, after his parents’ sewing shop was stoned by members of the Hitler Youth.

His life was marked by repeated forced displacements. At the age of five, he would become a refugee alongside his parents and his two older brothers, Bubbi and Heinz. The family would initially settle in Antwerp, Belgium, where their maternal grandparents already lived.

With the intensification of the Second World War in 1940, Antwerp was targeted by a German aerial bombing campaign.  The family had to move again, this time to France.

“From Belgium, I fled to France. From France, I went back to Belgium, but to another place (Brussels). I adopted a false name: Freddy Van Damme, a Flemish name. And so, I saved myself”, said Mr. Glatt.

In Brussels, a law required the Jewish people to sew a Star of David on their clothes with the inscription: “Jew”. Glatt refused to wear it. “I pulled it off and threw it away. I wasn’t an animal to be branded. I didn’t want everyone on the street to see that I was a Jew. I was very scared”, he recalled. 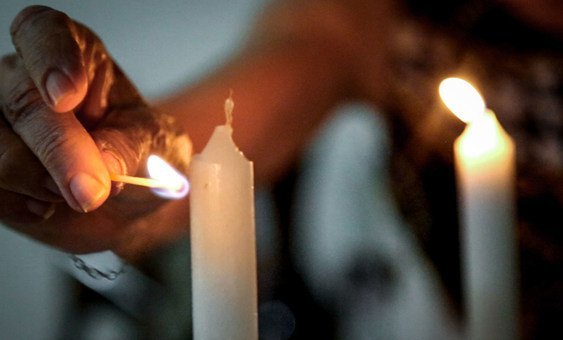 In 1942, young Jews who lived in occupied Belgium were asked to volunteer for construction work. One of the calls from the German authorities listed the names of Mr. Glatt’s two older brothers, who at the time, were 19 and 21 years old.

The call to work was just a trap. Mr. Glatt later learned that his brothers were taken and murdered at Auschwitz-Birkenau, the largest German Nazi concentration and extermination camp in occupied Poland. Shortly thereafter, Glatt’s grandparents were also deported to their deaths at the infamous site.

“They killed my brothers, my grandparents. They killed all of my high school classmates. I am here today because I was very lucky. I am lucky,” said Mr. Glatt.

In weeks, the family had been reduced from six individuals – Glatt’s parents had been separated – to just two, Glatt and his mother. The German occupation was expanding in Belgium and soon the family would receive a warning from a neighbour that the Gestapo would soon be in search of Jews.

Mr. Glatt and his mother had to move again to another apartment in Brussels and avoided going out into the streets. They sold belongings to get food and lived in a state of constant dread. “I went without food several times. Eight days without eating, just drinking cold water from the tap”, he said.

In 1943, Mr. Glatt’s mother contacted the chief rabbi of Belgium, who worked to rescue Jewish youth and children and shelter them in Catholic orphanages and seminaries. Mr. Glatt took shelter there until the end of the occupation in 1944. His mother continued to live in hiding in the old apartment. 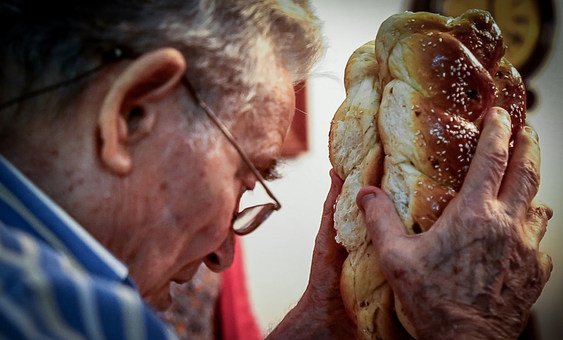 Freddy Glatt blesses bread at the beginning of Shabbat, the holy day of the Jewish religion., by UNIC Rio

The reunion between mother and son occurred after the arrival of the Allied forces, signalling an end to the war.

Even having survived, the family continued to struggle, as Belgium – like all of Western Europe – was experiencing an unprecedented economic crisis. It was time to pack again, this time, bound for Brazil, where Glatt’s father had already settled.

“For me, Rio de Janeiro was a new adventure. Imagine, having a beach! I went there the first weekend,” said Mr. Glatt, who was 19 when he arrived in the country. After 12 years apart, his parents remarried. He soon got a job in a factory and in 1951 he met his wife, Betty Glatt, with whom he lives today.

In 2013, at 85, Mr. Glatt was finally able to make his Bar-Mitzvah, the rite of passage to adulthood. “I did it with a rabbi who was a friend of mine who left Brazil, went to Israel. It was very exciting”, he declared.

As the current president of the Rio de Janeiro Holocaust Survivors Association, Mr. Glatt has given hundreds of lectures to explain how he overcame the barbarities of the Nazis and their attempt to destroy Jewish life, culture and religious traditions. In 2018, he published his autobiographical book “They stole my childhood”.

“I think it is very important for people to know what happened. The injustices that were committed”, he said, recalling that the lectures alert young people about the dangers of anti-Semitism.

Mr. Glatt has three siblings, two girls and a boy, six grandchildren and two great-grandchildren. “Brazil welcomed me,” he said. “I had opportunities. I soon became naturalized (Brazilian). I have been a Brazilian for many years. I feel good as a Brazilian, I am proud”, he concluded.

Mr. Glatt is just one of many Holocaust survivors who have found shelter in Brazil. They were honoured on 28 January this year, in observance of the International Day of Commemoration in memory of the victims of the Holocaust, during a ceremony organized by the United Nations Information Centre in Rio de Janeiro. 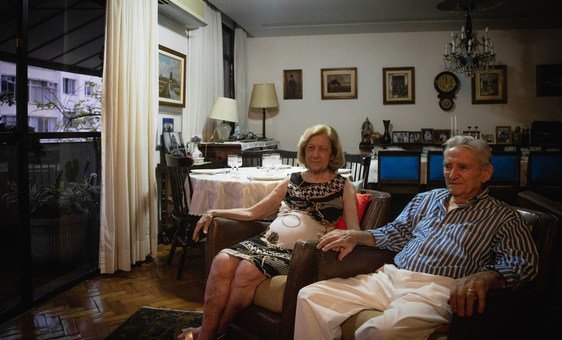 Freddy and Betty Glatt in their apartment in Rio de Janeiro, Brazil., by UNIC Rio

The event in Rio was also the occasion for the launch of the exhibition “Some were neighbours: choice, human behaviour and the Holocaust”, which will run until February 20 at the Federal Justice Cultural Centre. The exhibition reflects on what people did – or didn´t do – during the Second World War, in ways that helped the victims – or did not, by contributing to the rise of antisemitism and Nazism.

“When we think of the Holocaust, the first person we think of is Hitler and the responsibility of the German government. But this exhibition inspires us to think about how the Nazis managed to gain so much support from ordinary people. It raises the question why some people supported the Nazis and their racist ideology during the Holocaust, while others decided to help the Jews,” explained UNIC Rio director, Kimberly Mann.

The exhibition was produced in partnership with the United States Holocaust Memorial Museum and The Holocaust and the United Nations Outreach Programme.

Today, the UN Country Team in Brazil continues to defend human rights and religious freedom, and the Office of the High Commissioner for Refugees has helped millions of forcibly dislocated people. Most recently, representatives of several UN agencies, based in Brazil, have mobilized to support the more than 4.6 million Venezuelans, forced to leave political unrest, and economic meltdown in the country.