In the two most affected provinces of North Kivu and Ituri, UNHCR and its partners recorded more than 1,200 civilian deaths and 1,100 rapes, constituting a total of 25,000 human rights abuses.

Speaking in Geneva, UNHCR spokesperson Boris Cheshirkov said the violence “continues to cost lives and drive people from their homes”. 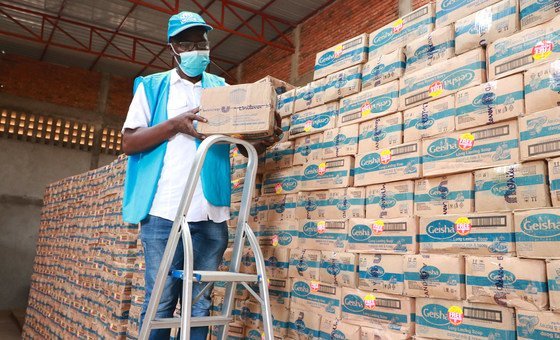 Soap is prepared for distribution by UNHCR in a warehouse in eastern Democratic Republic of the Congo. , by © UNHCR/Michelle Ehouman

In total, more than a million Congolese have been internally displaced in the east of the country in 2021, putting “enormous pressure” on those forced to flee and on host families, which have taken in 94 per cent of DRC’s forcibly displaced population.

“Host families have shown huge generosity towards their compatriots but are exhausted and in need of support if they are to continue as first responders,” Mr. Cheshirkov said.

Those displaced are often forced to return to their place of origin due to harsh living conditions and a lack of food, further exposing them to abuse and violence. He said that 65 per cent of the serious human rights abuses recorded by UNHCR and partners have been inflicted on returnees.

Mr. Cheshirkov said attacks attributed to the Allied Democratic Forces (ADF) armed group have increased in brutality since late 2020, and the frequency of killings of civilians has not abated.

This is despite a state of siege being declared in early May 2021 to counter the activities of these armed groups.

He described how armed men identified as members of the ADF raided a village in Irumu Territory, killed 15 civilians, set fire to 10 houses and kidnapped two women, on 3 September.

This was followed on 6 September by an attack by an armed group whose militia members reportedly raped 10 displaced women in Djugu Territory, Ituri province.

UNHCR and partners took the women to the nearest hospital where they received psychosocial and medical support, he said. 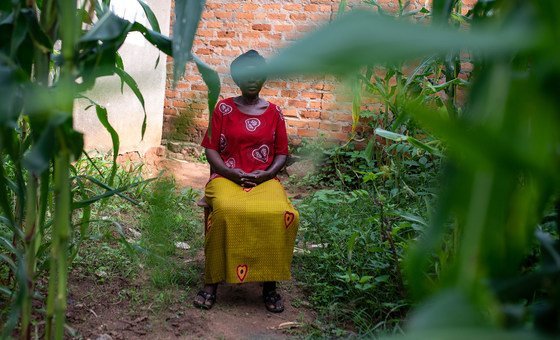 Forcibly displaced women and girls suffer disproportionately from sexual and gender-based violence in the Democratic Republic of the Congo., by © UNHCR/Olivia Acland

According to Mr. Cheshirkov North Kivu and Ituri Provinces are now led by military governments, following the state of siege.

This has led the national army to ramp up its operations and replace civil courts with military tribunals. Some of these armed groups have surrendered after seeing their territory shrink, others have countered military operations with reprisals against villages, and individuals they believe are supporting the government, he said.

Despite government efforts to reduce the abuses of armed groups, “our teams continue to hear horrific accounts of sexual violence, extortion, and looting”, he said.

Reiterating the UNHCR’s call for urgent measures to protect civilians, Mr. Cheshirkov warned that funding “for this humanitarian crisis remains critically low. With less than four months from the end of the year, UNHCR has received just 51 per cent of the $205 million dollars required in 2021 for their operation in DRC, leaving the agency “only able to respond to a small fraction of the population in urgent need”.