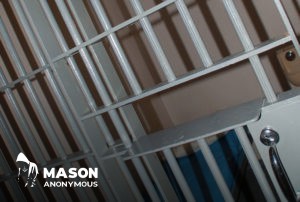 The whereabouts of former Xinjiang University President Tashpolat Tiyip have been unknown since his detention in 2017.

“The Chinese authorities have indicated to us that Mr. Tiyip is being tried on corruption charges, that a lawyer has been hired by his relatives, and that he has not been sentenced to death,” the experts said.

While any proceedings against Professor Tiyip have been shrouded in secrecy, reports indicate that he had already been convicted and sentenced to death.

“Information that Mr. Tiyip is not sentenced to death, if it is confirmed, is welcome news”, the experts stated, reiterating their recommendation that information on his current place of detention be made public and that his family should be allowed to visit him.

The uncertainty regarding the charges against Mr. Tiyip, the conditions of his trial, and his sentencing are “matters of particular concern, especially if the information that he was sentenced to death is correct”, maintained the UN experts.

Mr. Tiyip’s trial should be independently reviewed, taking into account his right to fair trial and due process of law – UN experts

Any death sentence imposed under conditions that do not meet the most stringent guarantees of fair trial will violate international human rights law and be arbitrary.

“Mr. Tiyip’s trial should be independently reviewed, taking into account his right to fair trial and due process of law”, they upheld, adding that “incommunicado detention, enforced disappearances and secret trials have no place in a country governed by the rule of law”.

They flagged that “the rule by law is not the rule of law”, saying that such practices go against the spirit of the International Covenant on Civil and Political Rights, which China has signed in 1998,” the experts said.

These and other UN experts have repeatedly expressed concerns about the situation of other detainees, who appear to be mainly members of the Uyghur community and are being held without or on unknown charges in a number of facilities in the Xinjiang Uyghur Autonomous Region.

The experts have been in contact with the Chinese Government to clarify the fate and whereabouts of Mr. Tiyip and will continue to seek formal and official clarification on his situation and that of other detainees whose human rights may be violated.

Special Rapporteurs and independent experts are appointed by the Geneva-based UN Human Rights Council to examine and report back on a specific human rights theme or a country situation. The positions are honorary and the experts are not UN staff, nor are they paid for their work.