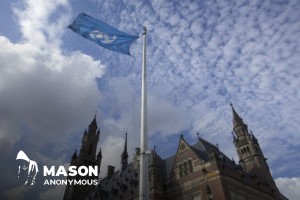 Kulbhushan Jadhav, said the Court, had not been informed of his rights by the Pakistani authorities, and that the Indian Government has been deprived of “consular access”: the right to communicate with him.

During the hearings, the ICJ had directed Pakistan not to carry out the death sentence until the Court’s final ruling. On Wednesday, the Court ordered a “continued stay of execution”, as a “indispensable condition for the effective review and reconsideration of the conviction and sentence”.

Mr. Jadhav was arrested three years ago by Pakistani authorities, who say that he was in the restive Balochistan province, which is home to a separatist insurgency that Pakistan accuses India of backing. The charges levelled against Mr. Jadhav were of “espionage and sabotage activities against Pakistan”.

Although a video was released shortly after Mr. Jadhav’s arrest, in which he was shown admitting involvement in spying, India has always questioned the alleged confession, saying that it was extracted under duress. The Indian authorities also deny that Jadhav is a spy and say that he was kidnapped in Iran, which borders the province, which he was visiting on business.

Following Pakistan’s pronouncement of the death penalty, in April 2017, India filed a case with the ICJ, calling the trial, which took place in a military court, “farcical”, and asked for a stay of execution and consular access to Mr. Jadhav. Pakistan countered that Mr. Jadhav was not given consular access because he is a spy who illegally entered the country in order to create “unrest and instability”.