According to reports, Malian Armed Forces accompanied by foreign military personnel allegedly carried out killings and other grave violations during a military operation.

UN News’s Alexandre Carrette and spoke to Alioune Tine, UN Independent Expert on Mali, after an official visit to the country last month.

Alexandre Carette: Ten months after a military coup that overthrew President Boubacar Keit, the situation in Mali remains precarious. The country is facing political and security crises that have been compounded by drought, COVID-19 and violent extremism, which has triggered multiple abuses throughout almost all regions.

You recently told the Human Rights Council that violence there has spread so rapidly that it is jeopardizing the very survival of Malian civilians. What does this mean, concretely?

Alioune Tine: The security situation is extremely concerning. It is starting to become difficult for Mali to control. Although we felt like the situation was improving from July to December 2021, every day I now hear about jihadists attacks, especially from the Islamic State in the Greater Sahara (ISGS), in the centre of Mali, in Gao. And it is, above all, the civilians who are caught by armed groups, extremists, jihadists and the Malian army.

There are many serious violations, French citizens tortured and disappearing. And impunity is a big problem, including of certain Malian soldiers accused of serious allegations of aggression. Even if we were to open investigations, structural problems within the military justice system would only hamper the procedure. If the criminal prosecutor can take up the issue, it can’t go far, because the offices of investigating judges – who must continue the legal proceedings – are not yet ready. So, we call on Mali for instructions so that legal proceedings can have a concrete result because impunity is a real cancer for institutions and society. It risks discrediting and undermining the credibility of the army, can potentially create a situation of continuous violence and is bad for national cohesion. So, on this issue, we really insist that practical and concrete measures must be taken by the Malian authorities.

Alexandre Carette: Could you who these rampant extremist armed groups are in Mali and whether they exist in the wider Sahel region?

Alioune Tine: They are groups that loot, rape and force children into military service. It is cancer that not only threatens Mali today but also coastal countries, like Benin, northern Togo, Ghana and Senegal. Today’s big problems are a result of the fact that we haven’t been able to defeat these groups since 2012. Despite international efforts that have called on enormous military means, and financial support, civil society and especially civilian populations continue to pay the price. We need to reconsider our global strategy, which also involves African institutions like ECOWAS, African Union (AU).

The top priority is to protect the civilians who are invariably the main victims.

Alexandre Carette: You mentioned that the international community has invested significantly in security. At the request of the Malian authorities, France has announced the withdrawal of Operation Barkhane. What impact might that have on human rights and civilian abuses?

Alioune Tine: With nearly 6,000 men with equipment and intelligence and so on, Barkhane was a major operation whose absence can only accentuate Mali’s vulnerability. We consistently advise dialogue between France and Mali, who are old friends, and recommend that security cooperation with Malian partners be done on a broad basis, with the respect of human rights. This is extremely important for all international human rights obligations. When my team and I had discussions with the European diplomats in Mali, I saw a glimmer of hope. We asked the international community not to abandon the country, whose needs have never been as great. The collapse of Mali means the fall of East Africa – a kind of apocalypse. So once again, we appeal to the international community and call on the Malian authorities to favour dialogue so that everyone can find their place to work for the stability, security and peace in Mali.

Alexandre Carette: It seems that Mali has asked mercenaries of the paramilitary Wagner group for help. Many delegations have criticized their activities and abuses. Were you able to investigate these allegations?

Alioune Tine: No one can confirm that Wagner is there. But the right question is why Wagner would be there. I think that Africans must build their own geopolitics to ensure their own security, also to ensure their own interest and to do so in dialogue with the whole planet and especially with the West. However, we must be extremely careful that there are no negative impacts on Mali from geopolitical shifts that we are witnessing today. 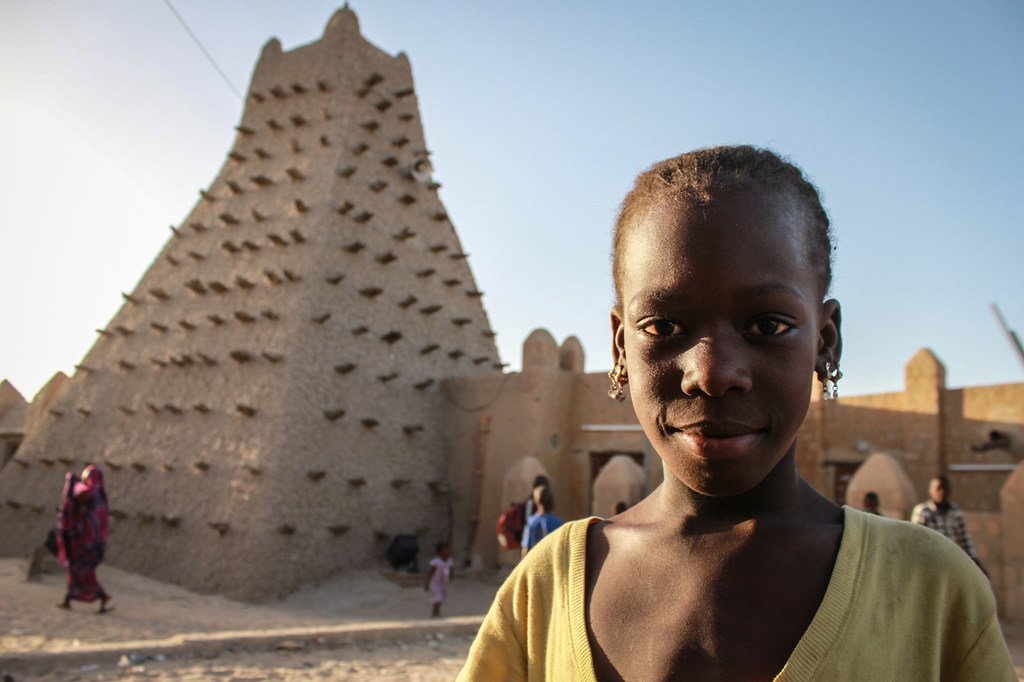 OCHA/Eve Sabbagh
People living in the Timbuktu area are amongst the country’s most vulnerable, Mali. (file)

Alexandre Carette: Today, there is a problem of governance in the Sahel region. There have been a coups d’etat in Burkina Faso and Mali. Could elections be a first step towards normalizing the situation?

Alioune Tine: Elections must be seriously considered before any actions are taken. Mali is a country experiencing a huge security emergency and an enormous political crisis with geopolitical shifts. From my perspective, with ECOWAS’ help, solutions may be found through discussion, if taken with care not to make the situation worse. We have to continue the dialogue, without saying to ourselves, ‘Well, elections are the solution.’ They must be prepared well so that their results do not trigger another crisis, because in reality, the coup came from the contested legislative elections in Mali.

Alexandre Carette: What can the UN and international community do to help Mali recover? What are the priorities?

Alioune Tine: Since all security responses have failed, the situation must first be reflected upon. We need to think about the African security response, with ECOWAS and AU. While considering the situation, we must ensure that civil society is integrated into the discussions before deciding what we’re going to do to overcome the security crisis. We need to find the most appropriate solutions to correct what went wrong.

Alexandre Carette: Despite everything, are you optimistic for the future?

Alioune Tine: Yes, I am. I am optimistic because there is a debate. We are talking and that is very positive. And there are solutions that people are coming up with. I think we’re going to get through this, I’m definitely optimistic for the future.