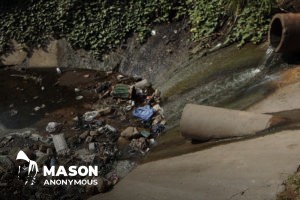 Smoke on the water

In some regions, rivers and lakes are so polluted that they are literally catching fire. Prime examples include the Bellandur Lake in Bangalore, India, which has carried ash onto buildings up to six miles away.

Many other bodies of water, however, are polluting less dramatically, but just as dangerously, with a toxic cocktail of bacteria, sewage, chemicals and plastics, sucking oxygen out of water supplies, and in effect, poisoning them.

The report’s estimation of a one-third cut in the economic potential of affected regions, due to low water quality, is based on Biological Oxygen Demand (BOD), which is a measure of how much oxygen is needed to remove waste organic matter through decomposition, by bacteria that live in environments containing oxygen.

Once the BOD reaches a certain threshold, economic growth in areas downstream of the polluted water drops by up to one-third, because of the negative impacts on health, agriculture and ecosystems.

The use of nitrogen as a fertilizer in agriculture is singled out as particularly problematic when it comes to maintaining water quality. Nitrogen enters rivers, lakes and oceans where it transforms into substances known as nitrates.

Nitrates are harmful to young children, affecting their growth and brain development. The study states that for every additional kilogram of nitrogen fertilizer per hectare that enters the water supply as nitrates, the level of childhood stunting can increase by as much as 19 percent, compared to those who are not exposed.

This also has an impact on the future earning potential of affected children, reducing their earnings as adults, by as much as 2 percent. 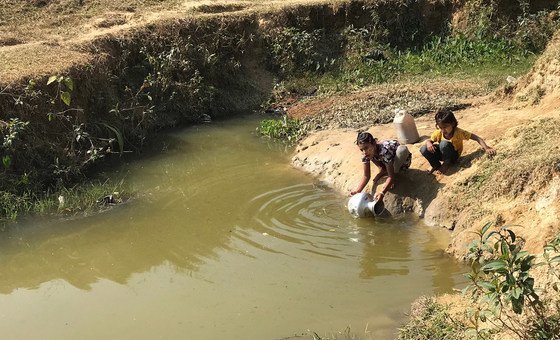 Increased salinity in water, a consequence of more intense droughts, storm surges and rising water extraction, also comes under scrutiny, as a factor that is making land less agriculturally productive.

The report estimates that the world is losing enough food to feed 170 million people each year – the equivalent of the population of Bangladesh – due to increase salinity, or salt content.

In order to meet these challenges, the World Bank is calling for immediate attention to be paid to these dangers, which face both developed and developing countries, at a global, national, and local level.