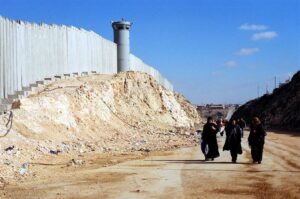 During a raid last week, the Israeli army broke into and shut down the offices of seven Palestinian human rights and humanitarian groups operating in Ramallah, located in the Occupied Palestinian Territory (OPT).

“These actions amount to severe suppression of human rights defenders and are illegal and unacceptable,” the experts said, encouraging UN Member States to use international law to end the abuses.

This followed Israel’s earlier characterization of those organizations as “terrorist” and “unlawful”.

“These designations and declarations are illegitimate and unjustifiable and no concrete and credible evidence substantiating Israel’s allegations has ever been provided,” said the experts, echoing observations that they had made in April.

On 18 and 21 August, Israeli security service Shin Bet interrogated the directors of the Union of Palestinian Women’s Committees, Al-Haq and Defence for Children-Palestine – three of the seven shuttered organizations.

The experts were particularly concerned over alleged threats made by Shin Bet against the organizations, including a public statement regarding Al-Haq’s director, Shawan Jabarin.